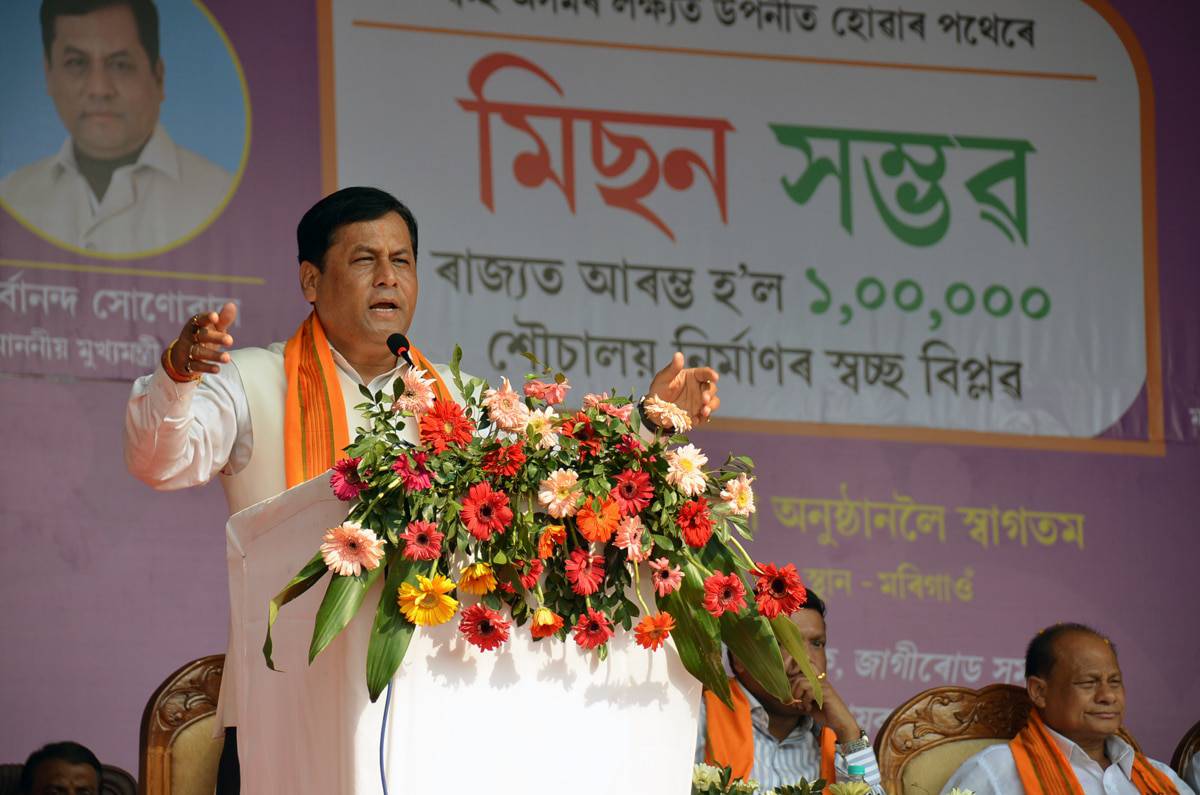 Assam chief minister Sarbananda Sonowal on Monday made an appeal for active public participation in donation of toilets to the poor and needy persons in the state.

While inaugurating the state level programme of ‘Mission Sambhav’, an initiative for building 1 lakh sanitary toilets throughout Assam, chief minister Sonowal made this call and appreciated the people of the state for their participation in making the Swacch Bharat Abhiyan (SBM) successful in Assam.

Speaking at the state level inaugural ceremony organized by SBM, Gramin at Gopal Krishna Tea Estate in Morigaon district on Monday, Sonowal said that the Assam government during last 22 months built around 16 lakh sanitary toilets. He termed this as a reflection of the state government’s commitment towards the cause of a clean Assam and exuded confidence that state government would be able to complete construction of toilets in the remaining households within a short period to declare the state ‘open defecation free’.

“Swacch Bharat Mission has become a mass movement today. It no longer remains a government programme alone,” he observed adding that the prime minister’s call for a clean India received spontaneous support from the people of the country.

Sonowal further asserted that the government’s fight against corruption would continue more vigorously in the days to come to cleanse the society from this social evil. He also said that perpetrators of crime against women would be given exemplary punishment and informed that the state government has already requested the Gauhati High Court to set up ‘fast-track courts’ to deal with such cases.

Sonowal also spoke about several initiatives taken up by the state government to develop rural economy in the state. He lauded the tea garden workers for shifting to bank transaction from cash transaction for receiving their salaries in the aftermath of demonetization.