Bike expedition from Guwahati to the World’s highest motorable road From the land of the rising sun to the Himalayan lands via the highest motorable road in the world, Assam Rhinos Motorcycle Club commenced an expedition with a special message from Guwahati’s Nehru Stadium on September 3. The group of motorcyclists will invite the masses to pledge to ‘Stop Pollution and Go Green’ on their way from Guwahati to Leh, in Ladakh. On their way, the group will also invite residents of various towns and cities to visit Assam and experience the natural beauty and tourist attractions of the state.

The group of motorcyclists, spreading the message to build a clean and pollution-free society, will reach Leh-Ladakh on the ninth day. On their way, the group will conduct ‘meet the press’, road shows, sudden visits in educational institutions, etc in Guwahati, Siliguri, Purnia, Muzaffarpur, Gorakhpur, Lucknow, Bareilly, Delhi, Chandigarh, Shimla, Manali and other towns and cities, thus spreading message regarding beauty of Assam through leaflets and pamphlets. 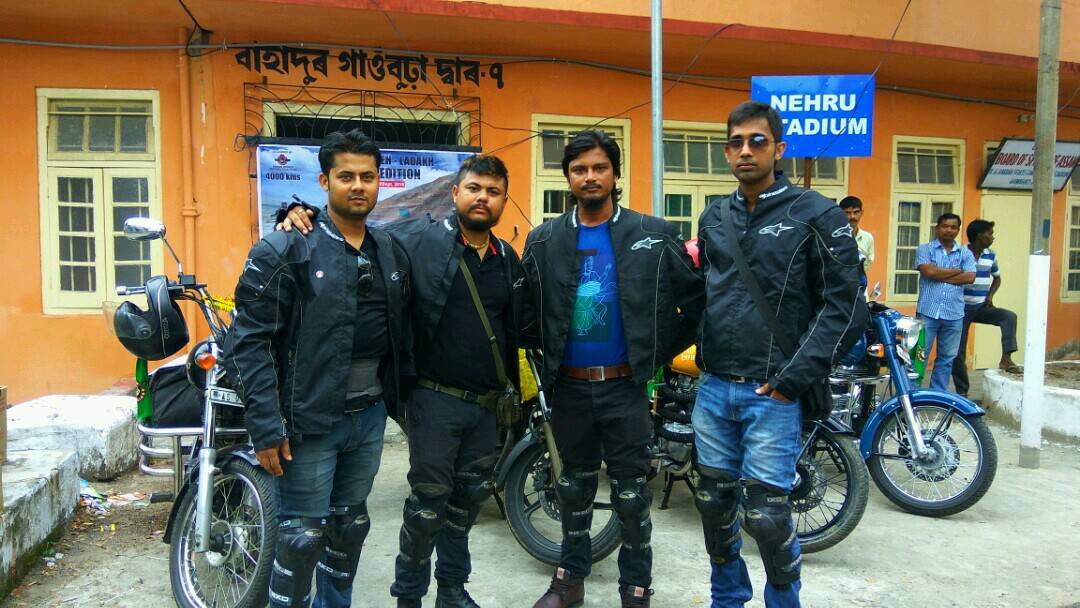 Sponsored by the Assam Pollution Control Board, the 5 member group of motorcyclists includes Dipu Deka, Jyotiprasad Das, Ankur Borthakur, Pranjal Sarma and Nilotpal Haloi. However, the group started from Guwahati as a 4-member crew, while the fifth member Nilotpal Haloi will join the campaign from Delhi.

It is worth mentioning that after reaching Leh-Ladakh, the 5-member group will also make way to Khardungla, which is the world’s highest motorable road (18,380 ft), on their motorcycles. After returning from Leh, the crew will conclude their expedition at Jammu on the 13th day.