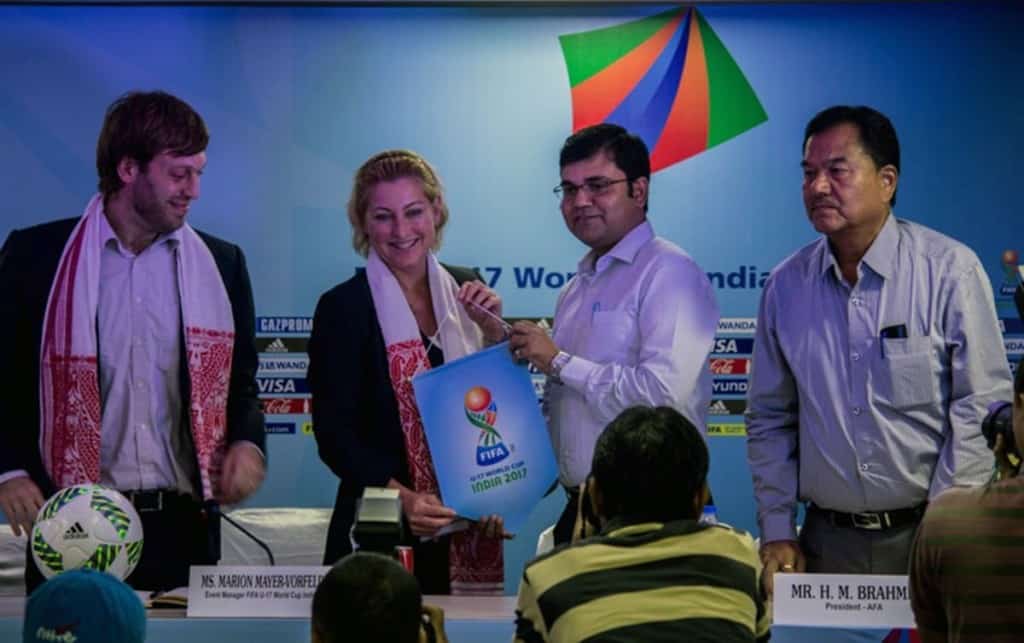 The FIFA delegation along with members of the Local Organising Committee confirmed Guwahati as one of the venues for next year’s FIFA U-17 World Cup on October 24.

The team visited the site and had a comprehensive look at the stadium and the training facilities.

Tournament director of the LOC, Javier Ceppi said, “We have a very good understanding with the newly elected state government and that has certainly helped to push matters forward in Guwahati. They realize the importance of hosting the FIFA U-17 World Cup India 2017 and have given us their complete support, which has had an immediate impact on the pace of work in the last 45 days. We also believe, as the state government does, that this event will be critical in the chief minister’s vision of making Assam the sports hub of India.” Present at the press conference was secretary – sports for the Government of Assam, Ajay Tiwari. Naturally pleased with the prospect of being one of the hosts for India’s first ever international football tournament, Tiwari expressed immense joy and said, “The state government has been putting in a lot of efforts to upgrade the stadium as well as the practice sites. I am elated at the recognition being bestowed upon us by FIFA and at the prospect of the state hosting a football World Cup.“

Delegates from the football’s governing body were satisfied with the conditions in Guwahati, both on the pitch as well as in the training facilities of IGAI training ground, Nehru Stadium, LNIPE Ground and SAI Regional Centre. Event manager for the U-17 World Cup, Marion Mayer Vorfelder remarked, “From what I am being told, the enthusiasm for the sport here in this part of the country is unmatched. Football is like a religion here and considering how passionate people are about the sport here, this ratification denotes a win not just for the state of the Assam but the entire Northeast.”

Guwahati became the fifth venue to be ratified for the FIFA U-17 World Cup India 2017, post Kochi, Navi Mumbai, Goa and New Delhi.The 23-member strong delegation will travel to Kolkata on October 25 to visit the last venue of its inspection trip and assess the situation in the capital of West Bengal.