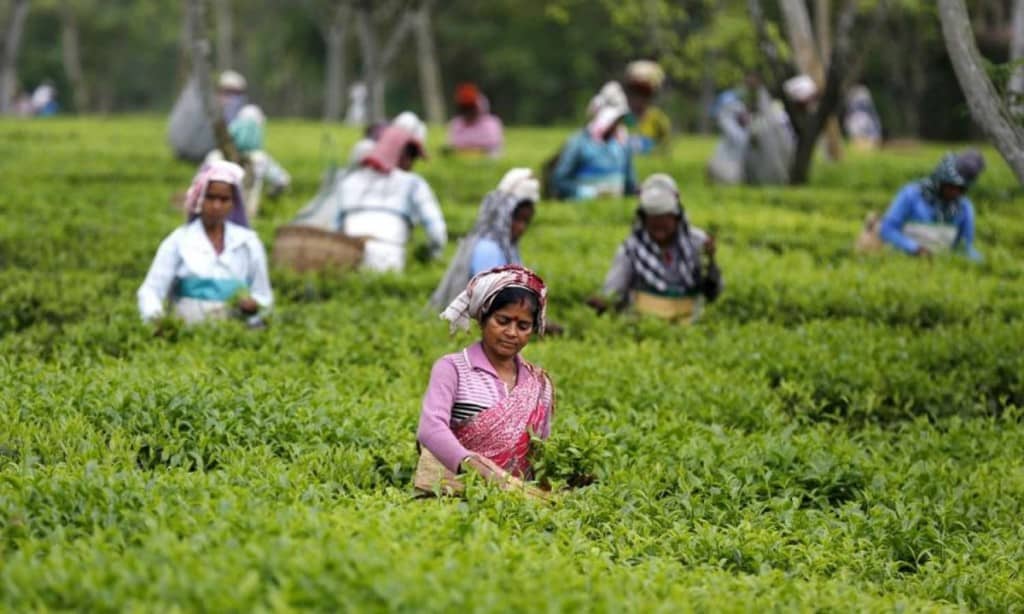 As the cash crisis persists following spiking of high-value currency notes on November 8, the Assam and Tripura governments have taken special steps for the tea garden workers, officials said on Tuesday.

Officials of the two northeastern states have held meetings with senior officials of the Reserve Bank of India (RBI) and public sector banks to ease the payment-related problems of tea garden workers, mostly migrant labourers, a large number of whom do not have bank accounts.

“After the meeting, temporary bank accounts have been opened in the name of Deputy Commissioners of the three southern Assam districts — Cachar, Karimganj and Hailakandi,” Cachar Deputy Commissioner S. Viswanathan told reporters in Silchar.

“The tea garden owners would deposit bank cheques in these accounts to draw required money from the banks,” he said.

Viswanathan said tea garden owners, workers’ unions and others have been demanding formulation of a strategy to pay wages to the tea garden workers as the cash crisis persists since demonetisation of Rs 500 and Rs 1,000 currency notes since November 8.

Over one lakh workers are working in the 104 tea gardens of these three southern Assam districts.

In Tripura, the state’s Principal Secretary (Finance) M. Nagaraju held a meeting with District Magistrates (DMs) and Collectors of all the eight districts and asked them to personally monitor the wage-related problems of tea garden workers.

“The Principal Secretary (Finance Department) since November 9 is holding daily meetings with the officials of RBI and banks to ease the situation arising out of the demonetisation of high-value currency notes,” a Tripura Finance Department official said.

“The Principal Secretary asked the DMs to visit the tea gardens in their areas and if necessary, open temporary bank accounts so that workers do not face any problems,” he added.

In 58 tea gardens in Tripura, around 15,000 workers are currently working.

Tripura Industries and Commerce Minister Tapan Chakraborty also requested the RBI and bank officials to give special attention to resolve the cash problems of workers in unorganised sectors.

The cash crisis is serious in semi-urban, remote and rural areas of the northeast India, where most banks have no currency notes and automated teller machines (ATMs) are non-functional.

As majority of ATMs either remained closed or functioned at slow speed due to technical problems for the sixth consecutive day on Tuesday in the northeast, people thronged banks since early morning to exchange scrapped currency notes with new ones or withdraw money.

In Mizoram, long queues of men and women were seen in front of the banks since early morning, as people lined up to withdraw money from the banks through cheques.

Traders, specially small businessmen, are facing numerous difficulties due to shortage of cash in the banks as well as in the market.

State Bank of India’s (SBI) Assistant General Manager in Mizoram Pradip Kumar Sen said that of the 85 ATMs of the bank across the bordering state, only 25 could dispense cash. Of the 46 SBI ATMs in Aizawl city and its outskirts, only nine could dispense cash, he added.

In Kohima, a senior official of Nagaland’s Finance Department said that the state government has urged the RBI to dispatch Rs 300 crore in smaller denominations and an letter of intent in this regard has been sent to the central bank.

Nagaland Chief Secretary Pankaj Kumar accompanied by senior state government officials during the past one week held a series of meeting with officials of the RBI and other banks and asked them to resolve the situation at the earliest by bringing more currency notes of varied denominations to the state.

SBI Assistant General Manager Thangboi Lunkim said it may take some more days to dispatch the money across the mountainous state.