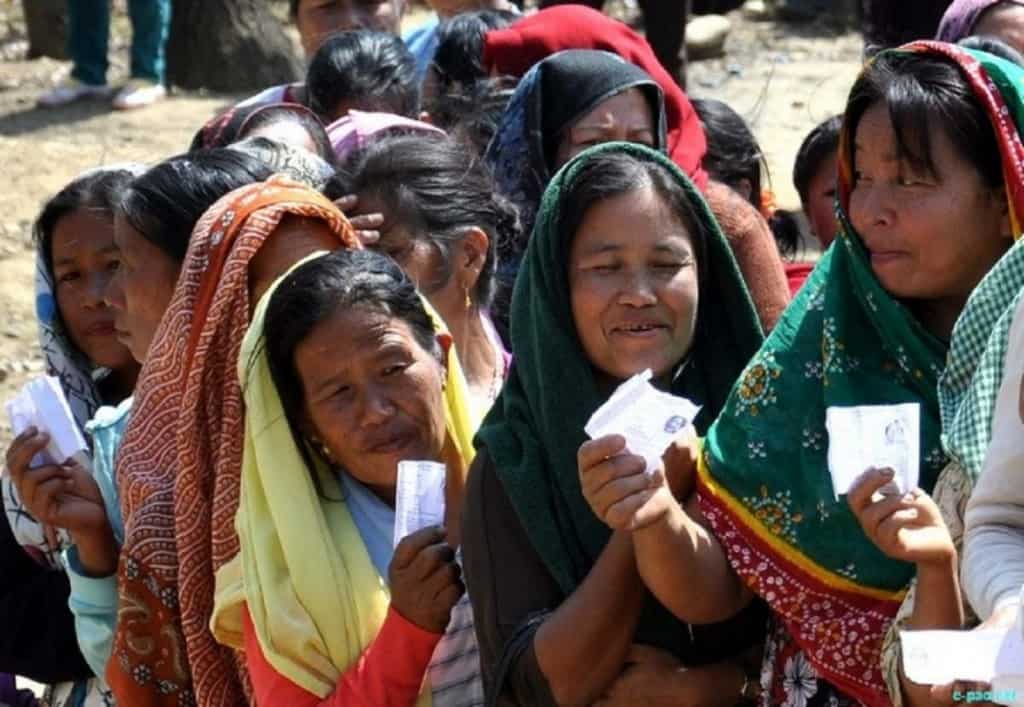 Over 80 per cent polling was recorded in the first phase of elections to the Manipur Assembly on Saturday.

Voting in the 38 constituencies, which went to polls on the day, came to a close at 3pm, as per the Election Commission (EC) schedule.

The commission said the polling was by and large peaceful, except one incident, in which a candidate, Erenedo, of the People’s Resurgence and Justice Alliance, was allegedly assaulted by some persons.

“My ear is damaged and I have pain in the chest…will lodge a complaint against the miscreants,” he said.

Although the preliminary reports at 3 pm put the polling figure at 80 per cent, the commission officials said the final figure could be a little higher.

The police heaved a sigh of relief as voting ended, with no major law and order problem being reported from anywhere. It was widely feared that there could be violence, since there were minor clashes, bomb blasts, gun attacks and torching of at least four vehicles in the pre-election violence.

In all, there were 168 candidates in the fray for Saturday’s polls, out of which seven were women. Polling took place at 1,643 polling stations in the 38 constituencies.

Altogether 8,408 personnel of the central paramilitary forces were deployed for peaceful conduct of the election. No police or state force personnel were posted at the polling stations.

Although candidates from several parties and Independents contested in the first phase of election, the main fight is between the ruling Congress and the opposition BJP.

The BJP had fielded candidates in all the 60 constituencies in the state, while the Congress did so in 59.

Former minister and heavyweight Phungzathang Tonsing, who had been given a Congress ticket, resigned and joined another party. Without explaining his move, he just said: “People know what the Congress has been doing since it is a small state.”

Nearly 30 per cent polling was reported until lunch. On expected lines, the polling gained pace from 12 noon.

The second and final phase of polling will be held on March 8.