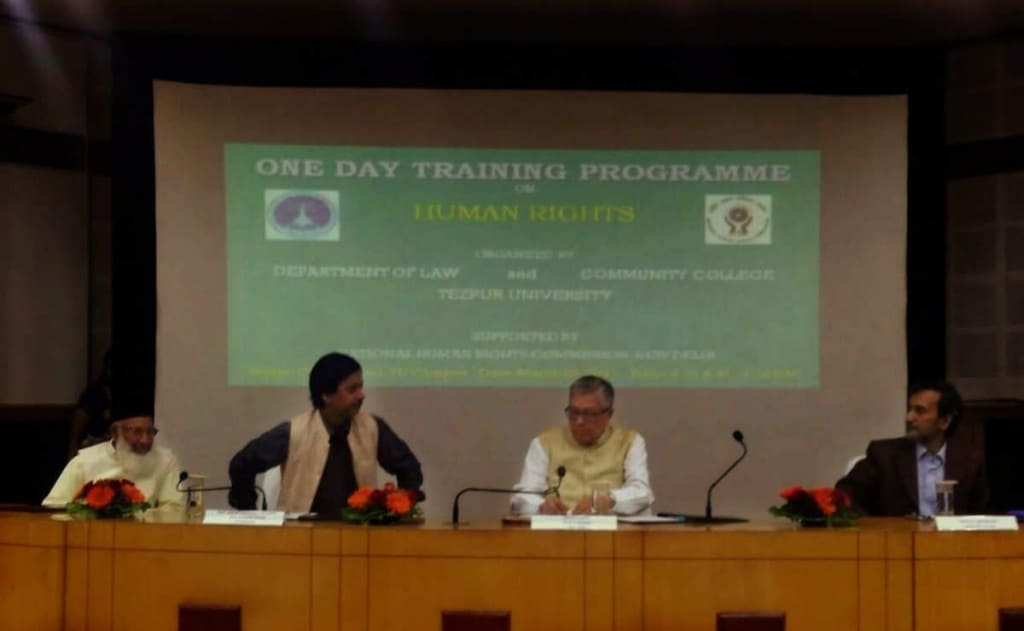 The department of law and community college at Tezpur University, in collaboration with National Human Rights Commission, New Delhi, organized a day-long training programme on human rights at the University campus on Saturday.

Delivering the inaugural address, as the chief guest, Justice Sharma said that the Indian constitution incorporates all the subjects including human rights and emphasizes on three kind of justice – social, economic and political. “Although we have given political justice, but social and economic justice is yet to be fully delivered as the gap between haves and have-not remains wide open,” he said.

Later, the former Supreme Court judge took part in a special session where he elaborated various provisions of Indian constitution regarding rights of the citizens. He also discussed Universal Declarations of Human Rights Act, 1993, which ensures fundamental human rights to be universally protected and practised.

Speaking on the occasion, Justice AH Saikia explained the role, composition and functioning of various human rights institutions in India. He also touched upon protection of Human Rights Act, 1993 and explained why fundamental duties enshrined in the constitution play a crucial role in the development of a nation keeping all its citizens united in peace.

A total of four sessions of different themes on human rights were discussed throughout the day. Professor Chandan Sharma, HoD, department of sociology, Angel H Syiem, Debajit Sarmah and Madhumita Acharjee of department of law, Tezpur University were the other resource persons at the training programme.

The workshop was attended by students of Tezpur Law College, Tezpur College, LGB Girls College, officials of police and civil administration, members of NGOs, lawyers and students and teachers of the University.