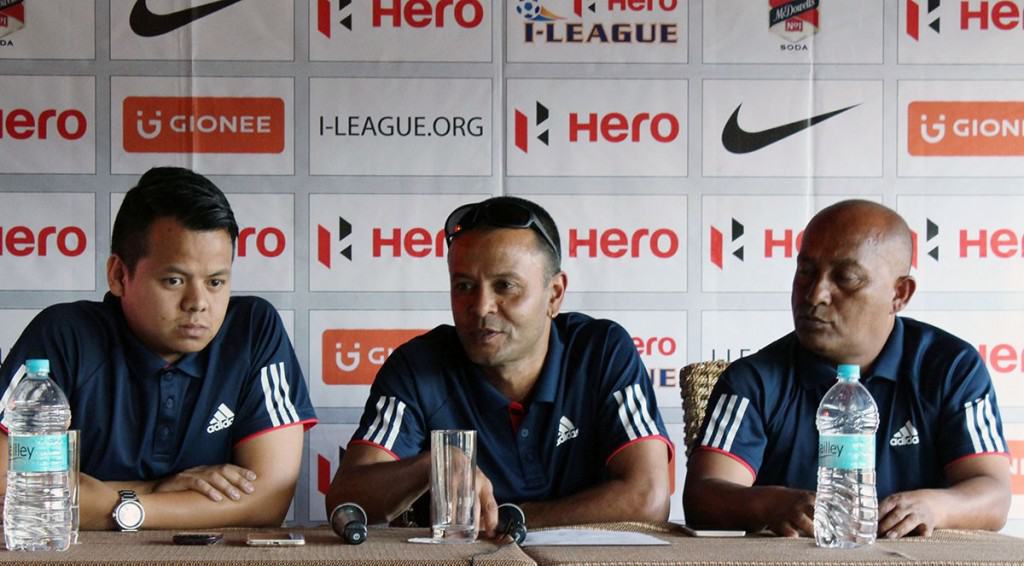 The Northeast derby between Shillong Lajong FC and Aizwal FC will decide the champion of the Hero I-League 2016-17 Season as Aizwal FC is just a point away from making history. The atmosphere for the final round of the season, to be played at JN Stadium in Shillong on April 30, is intense as thousands of away fans are expected to journey to Fortress Lajong and cheer for the visiting team.

Aizawl will win their first I-League title if they win or draw against Lajong. The Reds, in a statement released on Wednesday, said that they are ready to take on the Northeast rival and have much to play for and are eager to put their best foot forward in the derby game.

In their seventh season of top-flight football, Lajong are fifth in the standings. A loss for fourth-placed Bengaluru FC on Saturday against Churchill Brothers would then give the Reds a chance to finish in the top four and they will have to beat Aizawl to do just that.

“Even if the Bengaluru-Churchill equation does not work out in Lajong’s favour, we want to end our best ever season on a high note,” added the statement. The first team from the Northeast in the I-League is guaranteed to end the year no lower than fifth, which would be their highest finish. The players are aiming to pay back the faith, love and trust of the Lajong faithfuls with their best performance in the season finale.

Speaking at a press conference in Shillong, Shillong Lajong Club advisor and former player Jeremy Wahlang said that Aizawl will have to fight tooth and nail in Shillong. “As a football fan and a Northeasterner, I would love Aizawl to win the title. But that can’t happen at our expense. Lajong are not going to give away an inch and I hope we’re going to break a few Aizawl hearts by winning on Sunday,” Wahlang said.

Club general manager Habamutlang Lyngdoh said that the team are thrilled to have performed as well as they have this season and that there are stark differences in the objectives of Lajong and Aizawl.

“Our philosophy is based on developing Northeast football talent,” Lyngdoh said. “This season we have regularly fielded between 7 and 8 under-22 players in the starting line-up. And the bulk of our players are from the Northeast. Some of our youngsters have played in more than 40 I-League matches thus far and there aren’t many other teams that can say that. Lajong has always been a platform for Northeast players to develop – look at Aiborlang Khongjee, Rocus Lamare (both of whom are back with the Reds) and Eugeneson Lyngdoh, who have all gone on to play for the Indian national team,” he added.

ALSO READ:  FIFA WC: "With this defeat, we are under pressure," admits Germany manager Hansi Flick after loss to Japan

The young Lajong outfit have certainly exceeded expectations this season, winning 7 games, 3 of which were on the road in tough conditions. The club have been unbeaten in 6 consecutive away games, the only side to have done that this season. Lajong also boast of the lead scorer this season – Aser Dipanda Dicka – who has 10 goals to his name, but there have been contributions aplenty from the youngsters, who have scored 9 goals amongst them. The U-22 Reds have also earned 7 Hero of the Match awards, 4 of which were for goalkeeper Vishal Kaith, who has had a terrific season between the posts.

The pride that the team can take in their efforts this season was summed up by Wahlang, who said, “Fifth place is a great achievement. This is a young side that we believe in and who have been together for a long time, many coming through the Lajong Academy. We were a little apprehensive at the start of the season, but we can’t take anything away from the young guys and next year we have to go one step further.”

Spirit of Assam Accord will not be diluted at any cost: Rajnath Singh