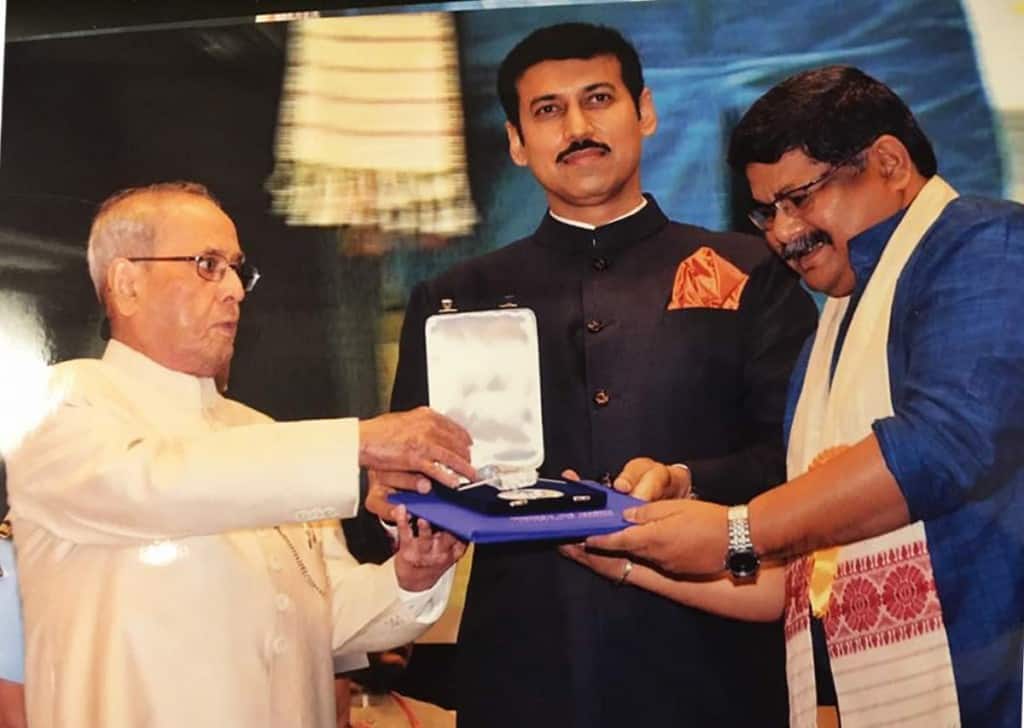 Critically acclaimed Assamese feature film Dikchow Banat Palaax, which was released in September last year, has been awarded the Nargis Dutt Award for Best Feature Film on National Integration at the 64th National Film Awards in New Delhi on Wednesday by President Pranab Mukherjee on the 104th anniversary of Indian cinema.

After receiving the award from the President, executive producer Utpal Das said, “I really feel proud that Assam could bag 6 national awards. I believe that in the coming years, Assamese films will excel not only in India but in the international arena as well. My sincere gratitude to the Assam Film Finance Development Corporation for their cooperation in this regard. Hope many more good films will be done in the near future with the help of Assam Film Finance and Development Corporation.”

Dikchow Banat Palaax explores the relationship of a freedom fighter and a Naga woman through decades of separation. Set in 1946, the film portrays the journey of a young Assamese man, who is banished from his home district by the British empire, as he wanders to the Naga Hills. Love blooms and a Naga damsel gave him a few coins for his sustenance. But the love birds get separated, until the protagonist recollects memories of his past in the year 2000,when he decides to revisit the place just to return those coins to the lady.