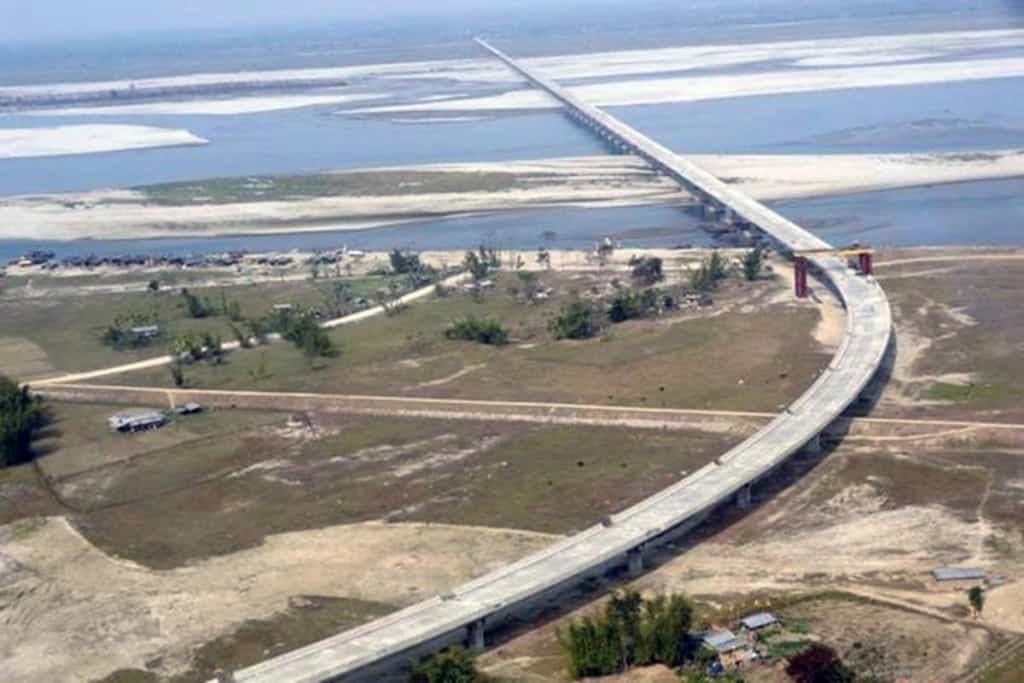 As the Dhola-Sadiya bridge over Lohit, a major tributary of the mighty Brahmaputra is set to be inaugurated by Prime Minister Narendra Modi on May 26, a nationalist civil society group of Northeast urged both the governments at Dispur and New Delhi to name the bridge, connecting Assam with Arunachal Pradesh, after the legendary icon Dr Bhupen Hazarika.

The Patriotic People’s Front Assam (PPFA), in a statement, also argued that the habitants of Assam and Arunachal Pradesh should take the opportunity to honour the celebrity.

Termed as India’s longest bridge and constructed with Rs 950-crore budget, the project in the far-east is expected to change the lives of thousands of local families. Moreover, it is assumed that the 9.16 km river bridge would fulfil a vital requirement in terms of India’s defence perspective as it is only 100 km away from the McMahon Line separating India and Tibet (now occupied by China).

The locality in southern Arunachal was also occupied by the aggressive Chinese forces along with few areas of Assam in 1962 India-China war before they were chased away by New Delhi with the help of the then nuclear power America’s inherent support.

The forum also argued that Bhupen-da (as millions of  Hazarika’s fans prefer to call him) was born at Sadiya  on September 8, 1926, in the eastern Assam’s Tinsukia district and incidentally he made the first film titled ‘Meri Dharam Meri Maa’ representing Arunachal Pradesh.

Preferred to declare himself as a Jajabor (wanderer), Bhupen-da tried his hands in various field of creations as a poet, lyricist, singer, music composer, author, journalist and filmmaker. In fact, he was the most visible individual of the region for many decades. With his immortal voice, the bard of Brahmaputra was equally popular in mainland India along with Bangladesh, Nepal and Pakistan. He was conferred on Padamshree (1977) and Padma Bhushan (2001) besides Dadasaheb Phalke Award (1992), the first and only one from northeast India to receive the honour till date. Bhupen-da got his PhD in mass communication (1952) from Columbia University, New York.

The child prodigy sang and performed in ‘Indramaloti’, the second Assamese talkie film made by Jyotiprasad Agarwalla in 1939. Bhupen-da penned thousands of lyrics and rendered his crisp voice for nearly 1,500 songs.