Shankar Borua’s The Curiosity Shop to release on November 3 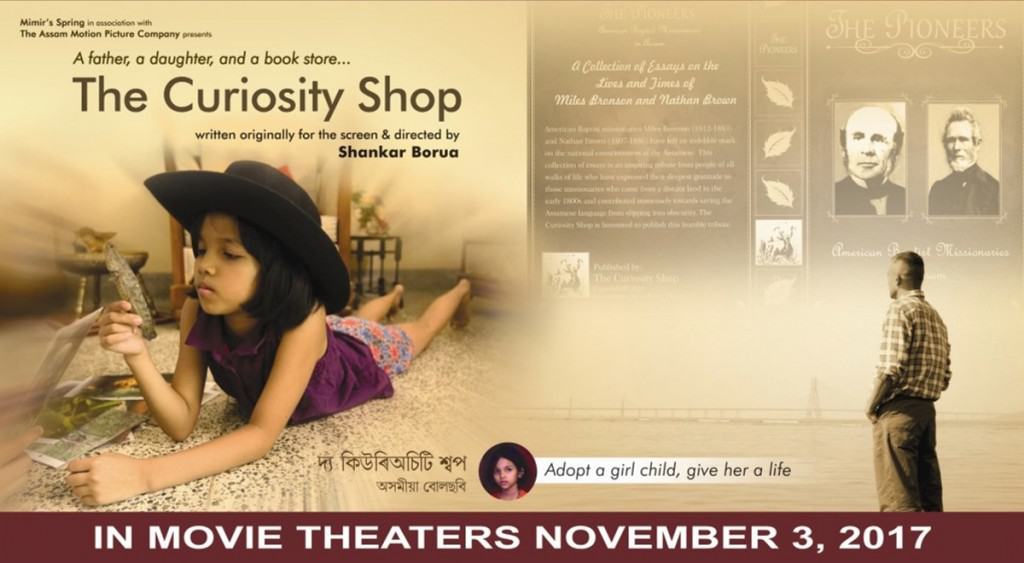 Starring Upamanyu Boruwa, Debasmita Borgohain (as Hope, the adopted daughter in the movie), Anupjyoti Choudhury, Krishna Sarma, Ribhu Ranjan Baruah, Stuti Choudhury, Imtinaro Longkumer, Bidisha Kashyap, Sumi Borah, Satya Doley, and Bhargavjyoti Bora, among many others, The Curiosity Shop is an unusual narrative with very pertinent and potent thematic considerations centering around the adoption of a girl child as well as the abuse of women, particularly within the family unknown to the world outside.

Accompanying the motion picture is American singer Heather Christie’s rendition of a blues track written by Shankar Borua himself, a highlight of The Curiosity Shop.

The people of Assam will once again get an opportunity to experience Borua’s signature filmmaking style reflected in a non-linear narrative with multiple timelines. In writer-director Shankar Borua’s words, “The Curiosity Shop is an intricately woven narrative that exhorts us to adopt a girl child, asks us to pause and pay tribute to the American Baptist missionaries who saved the Assamese language from fading into oblivion, mesmerizes us with a colorful Mising Oinitom (Bihu) and eulogizes the beauty and grace of Xatriya, the 500-year old dance form inextricably linked to the Assamese identity.”

In a conversation, Borua further said, “The Curiosity Shop is my humble gift to the people of Assam. I will be most gratified if folks take ownership of the movie and proudly consider it as their own cultural property.”

This Diwali, Guwahati needs to go ‘eco-friendly’ before it becomes a second Delhi