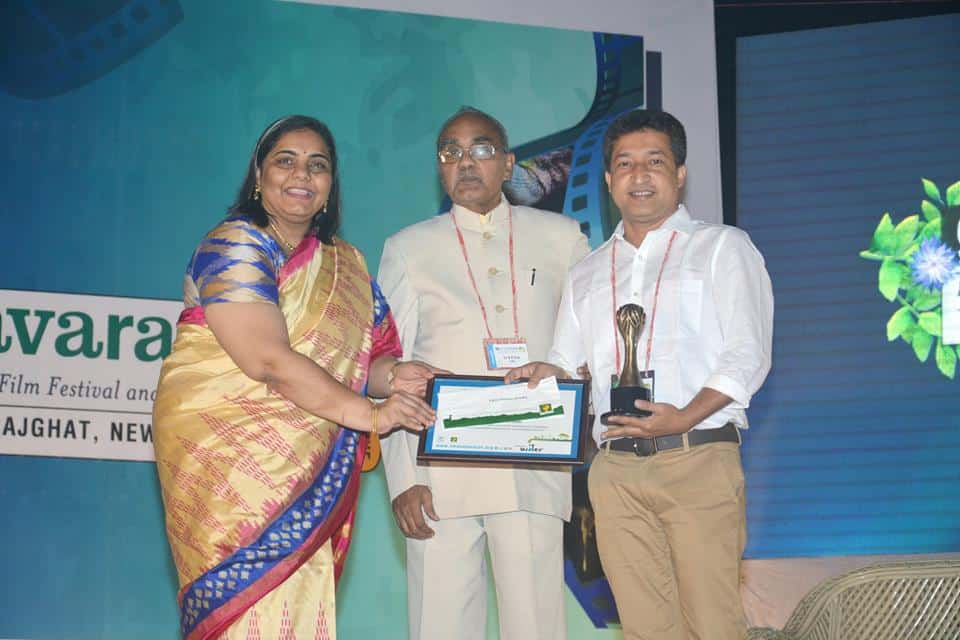 Parasar’s film which deals with the Mishing community living on the bank of river Brahmaputra and their everyday encounter with nature under the influence of climate change, has earlier this year won Indian Documentary Producers’ Association (IDPA) award.

“I’m happy to have won the award. This is very significant for me,” an elated Parasar told The News Mill.

His documentary produced by the Films Division of union ministry of information and broadcasting won in the ‘Climate Change: More than 30 minutes’ category. The certificate reads, “The film provides a subtle view of the continuous over exploitation and overconsumption and sends out an understated warning”.

The 9th edition of CMS Vatavaran is being held in New Delhi from November 2 to November 6. The awards were selected from 113 nominated films by an eminent jury chaired by Govind Nihalani, in 13 categories for Indian films and five categories for international films.

Talking more on his documentary, Parasar said that the tribal people who have been living in the riverside for ages, now have started to feel the negative impact of the climate change due to the global warming.

The film explores the failure of traditional wisdom of indigenous societies on the face of climate change. It portrays a shuttle picture of their passion to cope with these changes and their confusion as their familiar habitat undergoes peculiar changes.

“They used to bank on their wisdom but gradually the things have changed. The nature would not behave as these people would anticipate,” Parasar added.
Jadav Paying, who single-handedly grew a forest on the bank of river Brahmaputra in Jorhat district, plays a pivotal role.

CMS Vatavaran is India’s premier environment and wildlife film festival and forum – it is aimed towards enhancing understanding, appreciation and shift in attitudes towards the natural world and to increase space for environmental issues in mass media and evolve a nationwide environment outreach framework.