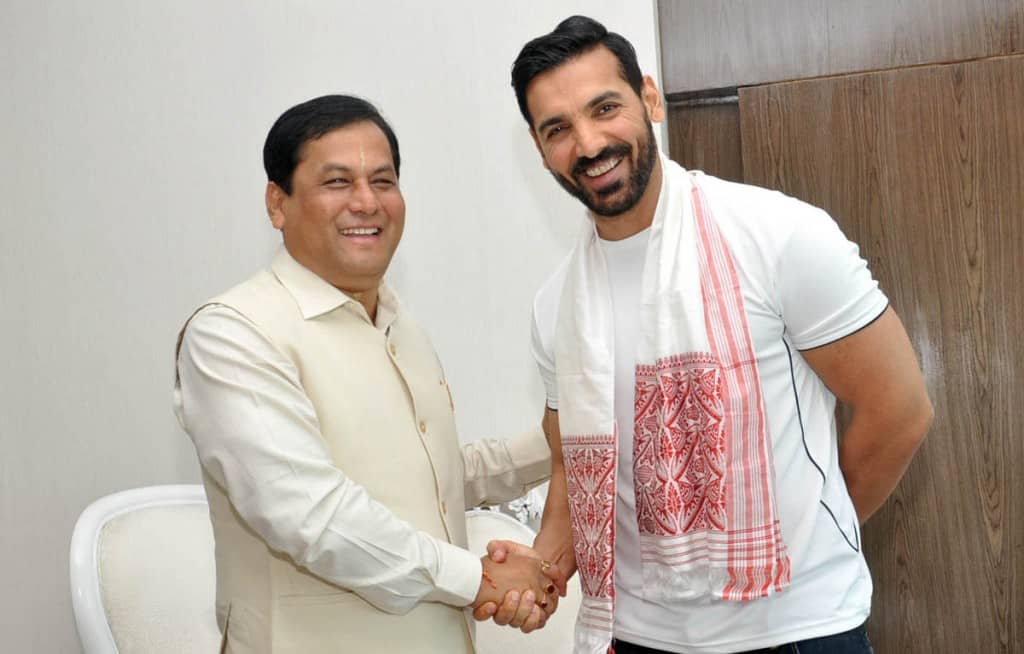 Sonowal informed John that the state government has accorded top priority to development of sports in Assam.

“We are resolutely working to make Guwahati as the sports capital of the country. Our government has given priority to strengthening sports infrastructure and organizing international sports events to boost this claim”, Sonowal said adding that the football academy proposed to be set up by John Abraham would immensely help the aspiring footballers of the state and Assam government would provide all support and land for setting up the academy.

The CM further said that the government has taken up initiatives to identify the talented sportspersons to improve their skills and urged John to take forward Assam government’s efforts to strengthen ties with the ASEAN countries through sports.

The chief minister also highlighted the steps taken up by the state government for implementation of Act East Policy to boost trade and commerce and cultural relations with the south-east Asian countries so that Guwahati can emerge as India’s gateway to that region.

John Abraham while expressing his keen desire to set up a football academy in Guwahati also assured the CM that he would take all necessary steps to ensure participation of players from ASEAN countries in sports activities in Guwahati next year.

The actor producer also informed Sonowal about his willingness to work for promotion and growth of tourism and culture of Assam including Assamese cinema. The Bollywood actor further said that he would arrange for screening the premier show of a film based on the storyline of Pokhran nuclear test in the month of February next year in Guwahati.

Sonowal assured to extend all necessary help in this regard as well.