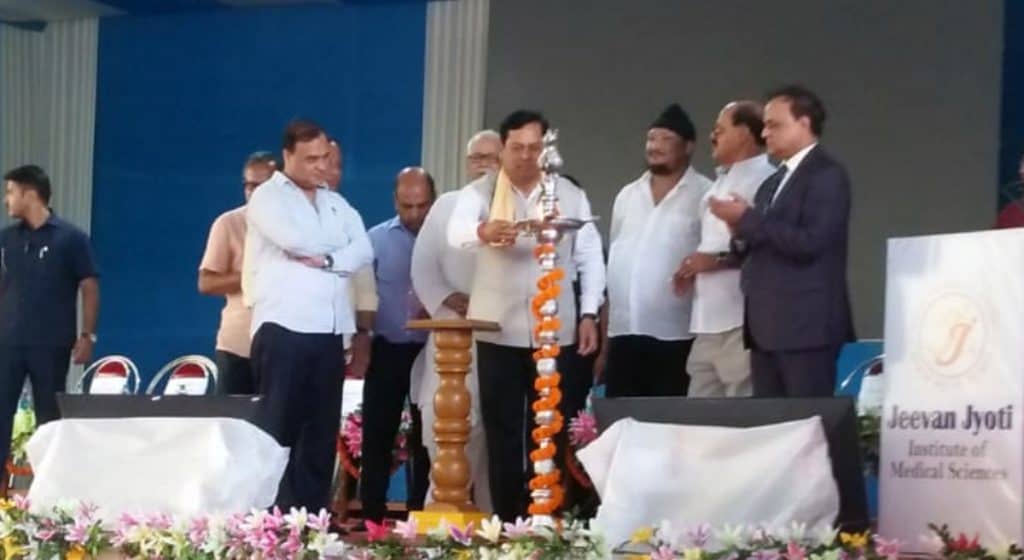 The hospital is expected to significantly boost healthcare facility at the Barak Valley and would serve the people of the adjoining states of Tripura, Manipur and Mizoram.

Addressing the gathering on the occasion, chief minister Sonowal said that the state government accords top priority to improvement of health care facilities in the state so that the poor and needy could avail best medical facilities.

Further saying that the state government is implementation several schemes for ensuring social security and economic growth of the people, Sonowal informed that dredging of Barak River has already been launched and construction of Swami Vivekananda International Research Centre will start soon.

The chief minister also said that the NRC updation exercise is going on smoothly in the state under the guidance of the Supreme Court and it is on the verge of completion. He also urged the people not to panic if any of their names are not included in the drafts as they would be given ample opportunity to register their claims and objections and each of them would get equal opportunity.

He also called upon the people to follow the ideals of Mahapurush Srimanta Sankaradev and Swami Vivekananda and reinforce peace, harmony and brotherhood.

Minister of health and family welfare Himanta Biswa Sarma in his speech underlined the need for coordinated effort of the government and private sector for improvement of the health care infrastructure in the state. He informed that as a result of state government’s efforts, two thousand people have been benefitted so far under Atal Amrit Abhiyan.

He also informed that the “Ayushmaan Bharat Yojna” would be rolled out in the state in November and this scheme would benefit around 27 lakh poor families. The health minister also said that construction of Karimganj Medical College and enrolment for dental courses at Silchar Medical College would begin this year. He moreover added that cancer care centres would be opened at Silchar and Karimganj as part of state government’s initiative to strengthen cancer care facilities at designated health institutions in the state with support from Tata Trust.