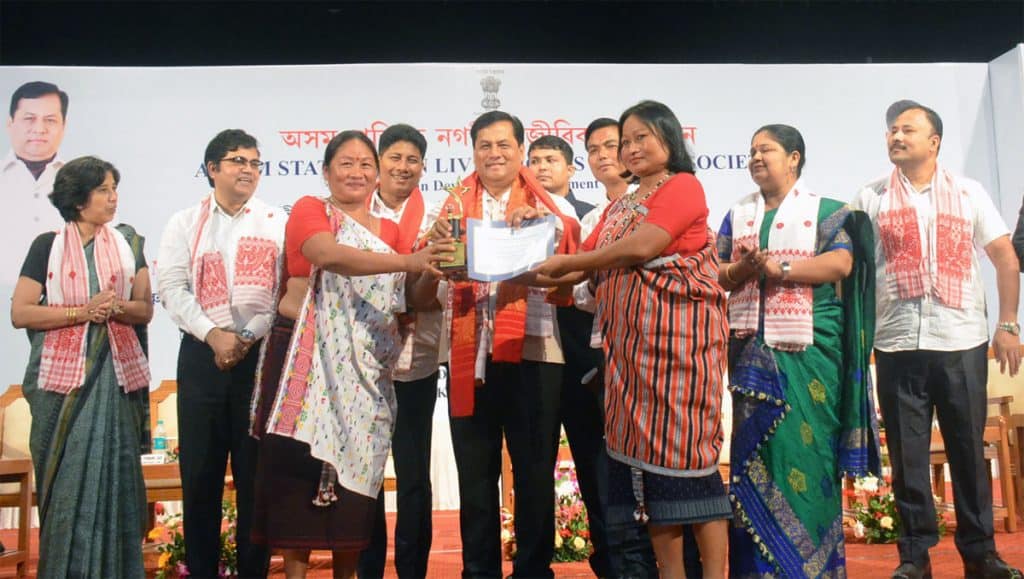 The Assam government will extend the ambit of implementation of Kanaklata Mahila Sabalikaran Achoni to cover all urban areas of the state.

Taking part in a programme to kickstart second phase of implementation of Deendayal Antyodaya Yojana – National Urban Livelihoods Mission (DAY-NULM) at Srimanta Sankardev Kalakshetra in Guwahati on July 26, chief minister Sarbananda Sonowal said that the state government is expanding its coverage to 72 municipal boards and town committees of the state.

The DAY-NULM is a mission under Ministry of Housing and Urban Affairs and is presently being implemented in 25 urban local bodies in the state by Assam State Urban Livelihoods Mission Society.

As part of the launch of second phase of the mission, chief minister Sonowal released Rs 1.26 crore to the newly covered 72 municipal boards and town committees. He also handed over cheques of revolving fund of Rs 10,000 each to two hundred self-help groups and Rs 50,000 each to eight area level federations in the programme.

Speaking on the occasion, chief minister Sonowal said that the state government would release additional revolving fund of Rs 15,000 each to the SHGs of urban areas apart from Rs 10,000 already released to them. He also announced cash award of Rs 10 lakhs to the town committees and municipal boards for outstanding performance in maintaining cleanliness in urban areas.

Highlighting the initiatives being implemented by the state government for skill development of the SHGs, chief minister Sonowal informed that training for the SHGs have already been launched and all 219 development blocks of the state would be covered under this programme. He also emphasised on the need for quality training and modern outlook for the women folk of the state to excel in today’s competitive world and said that the women SHGs of urban areas would receive most advanced training to upgrade their skills.