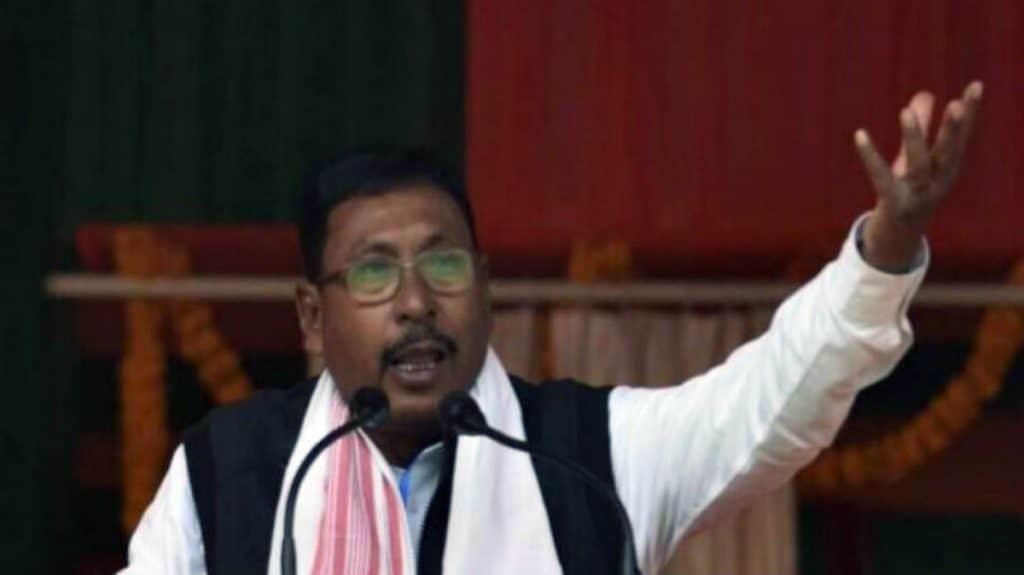 Taking a jibe at the junior minister of railways Rajen Gohain against whom Assam police have registered a rape case, Congress demanded that the Union minister should step down for a transparent probe.

Police in Nagaon registered a case against the four-time MP after a woman had filed a FIR alleging of rape and cheating on August 2.

“If you (PM) believe in ‘sabke sath sabka vikash’, ask Gohain to step down from his post so that there is a transparency in the investigation. Give police the liberty to investigate the matter independently without any pressure. And if he (Gohain) can prove his innocence, we will welcome him,” Bora told reporters in Guwahati on Saturday.

Bora said that Gohain is the latest in the list of BJP lawmakers to have rape cases registered against them across the country.

“So far, there are 41 such MLAs and MPs of BJP against whom rape cases have been registered. And now the junior railway minister added himself to the list. This is really unfortunate,” added Bora.

“The FIR was registered under IPC sections 417 (cheating), 376 (rape) and 506 (criminal intimidation). We are investigating and have already noted the lady’s statement,” said an official.

It is also learnt that the alleged incident took place seven to eight months ago. Both Gohain and the woman knew each other for a long time and the Union minister used to visit her home, according to the official in Nagaon police station.

However, on August 6 after four days of the complaint, the lady submitted an application to withdraw her case in the police station. Nagaon superintendent of police SB Raimedhi said that police don’t have the power to withdraw the case which has to be decided by the court of law.

On the other hand, another FIR has also been filed from the side of the minister against the woman and her family alleging them of blackmailing.

Leader of opposition Debabrata Saikia said that Gohain has dealt a body blow to ‘Beti Bachao’ of PM Modi.

KMSS leader Akhil Gogoi said that after this allegation, there is no point that Gohain should be a minister.

Gohain who was silent since Friday, said on Saturday that it’s a political conspiracy.

“I’m a grass root worker so I have won four times. This is a political conspiracy against me which has taken place before as well especially ahead of elections. As the investigation is going on, I’m sure the truth will come out,” Gohain told reporters in New Delhi.

Gohain has been a BJP member since 1991, and served four terms as a Member of Parliament. On July 5, 2016, he was inducted to the Union cabinet as a minister of state of the railway ministry.