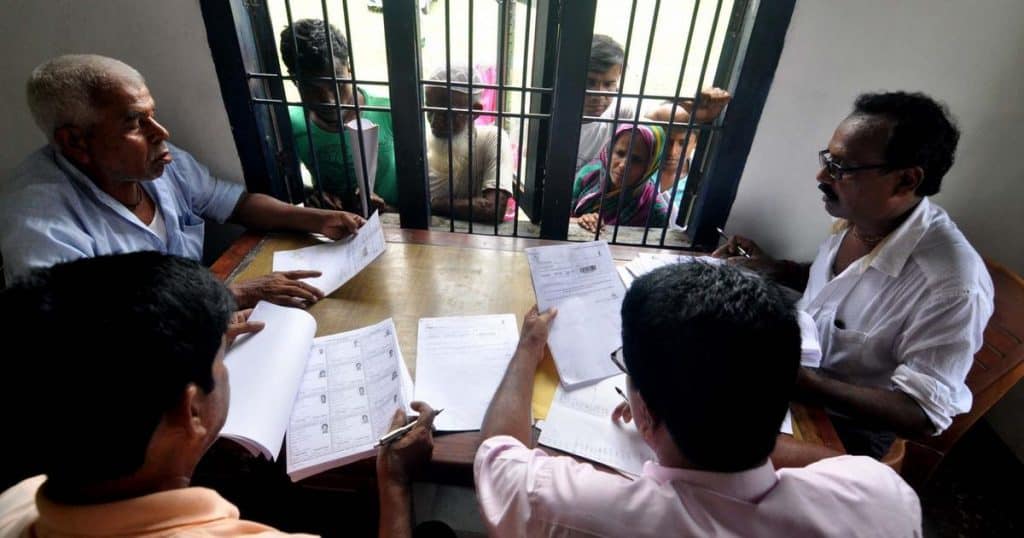 The Supreme Court has ordered re-verification of at least 10 per cent of the names included in the final draft National Register of Citizens (NRC).

The court on August 29 said it could consider a re-verification of 10 per cent of the people who were recently included in Assam’s draft National Register of Citizens (NRC), an exercise that could be carried out by an independent team.

The top court termed the issue as “human problem with great magnitude” and asked the state NRC coordinator to submit a report in a sealed cover on the ramification of allowing the claimants to file new sets of legacy documents.

In a bid to satisfy itself that the NRC exercise is error-free, a bench of Justice Ranjan Gogoi and Justice RF Nariman said the re-verification of the population included from the draft NRC will be like a sample survey, which may be done by a team of officials of NRC Seva Kendras (NSK) who will be from the adjoining districts.

“We are of the view that the court should consider the necessity of carrying out the sample re-verification of at least 10 per cent of the names included in the final draft NRC, if required, by a team of NSK personnel from a neighbouring district,” the bench said.

The bench also deferred the scheduled date of August 30 for receipt of claims and objections to the draft NRC, as it pointed out certain contradictions in the Centre’s Standard Operating Procedure (SOP) for the filing them.

The court, after perusing the report of state NRC coordinator Prateek Hajela on the district-wise data of the percentage of the population who have been excluded from the final draft NRC, said it “wants to satisfy itself that the entire process is error-free”.

It asked Hajela to also submit a report in this regard and the possible time frame when such an exercise can begin, if ordered by the court, and the time frame within which it can be completed.

During the hearing, the bench told Attorney General KK Venugopal, appearing for Centre, if the government allows the claimants to establish legacy through some other family member in the claims and objections process, then it would tantamount to re-starting the entire process and a fresh family tree would have to be created.

Venugopal said there were poor farmers and labourers residing in far-flung areas of the state and it would be very unfair for them, if they are not given any second chance for inclusion in the NRC.

The bench referred to the provisions in the SOP submitted and said that initially government had said the NRC claimants cannot change their legacy.

“Now in your SOP for receiving claims and objections of those excluded from NRC, the government is allowing additional documents to be filed allowing a change in legacy,” the court said.

Allowing a person to file a new document at the stage of claim and objections, which was not part of the original proceedings, would disturb the entire apple cart, it said.

The AG said it was up to the court to approve what should be the suitable method for filing claims and objections.

“We can tell you but after hearing you,” the bench told the AG.

It asked Hajela what were his views on the change of legacy documents at the stage of claims and objections.

The state NRC coordinator replied that if a person changes his legacy document from grandfather to father, there may not be much problem, but if one changes it from father to grandfather, then it may create problem in further verification.

He said during the verification process of draft NRC, which was published on July 30, some cases of “legacy theft” were found, where a person allowed his legacy to be used by others for money.

The bench then asked Hajela to address the ramifications of the proposed change in legacy at the stage of claims and objections.

“We, therefore, request Hajela to submit a comprehensive report indicating the feasibility including the time taken and the advantages/disadvantages that may accrue if the aforesaid modification/change of legacy is permitted,” the bench said and directed him to submit the report before September 5.

Arunachal among top states in implementation of flagship schemes: Khandu