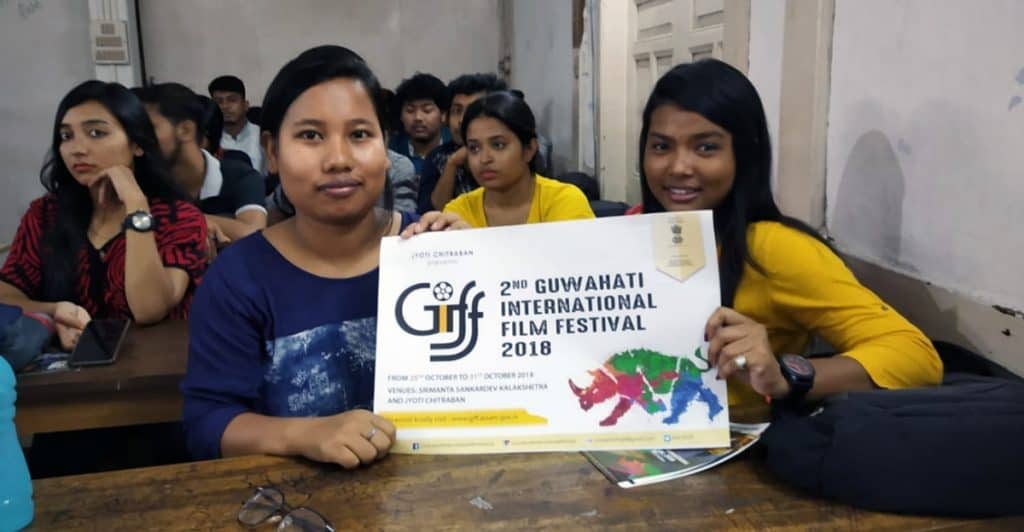 Students from the interiors of Assam and various places from across Northeast are one of the core target groups for the 2nd Guwahati International Film Festival (GIFF) to be held in Guwahati from October 25-31.

Organizers of the second edition of the biggest film festival of the region said that they are focusing on the students from the interiors of the state to give them a platform to watch some of the best offerings from world cinema and create a film culture in the region.

Speaking to The News Mill, festival director Monita Borgohain said that around 100 films, including at least 15 films from the 10 ASEAN countries will be screened during the festival.

Highlighting the outreach programme to reach out to the college and university students from across the region, chairman of Jyoti Chitraban, Pabitra Margherita, said that they have already promised free transportation to the student groups along with free stay for outstation students.

The organizers have so far campaigned at over 30 colleges in different parts of the state.

“As per the wish of chief minister Sarbananda Sonowal, we are engaging the whole Northeast in this festival. We will provide free transportation for the college students for the nearby areas like Mangaldai, Nagaon and others. Besides, we have also arranged for accommodation for the students coming from other Northeast states,” said Margherita.

Suman Dev Choudhury, outreach coordinator of GIFF who has been campaigning in educational institutes across the state said that they are targeting at least 3,000 students from Assam alone to be a part of the festival.

“We have visited more than 30 colleges and universities in different places. The response has been overwhelming. Authorities in some of the colleges in fact are willing to send a group of students. All the students will be provided free transportation to the venue. Some of the students who want to stay will also be given free lodging,” Suman said.