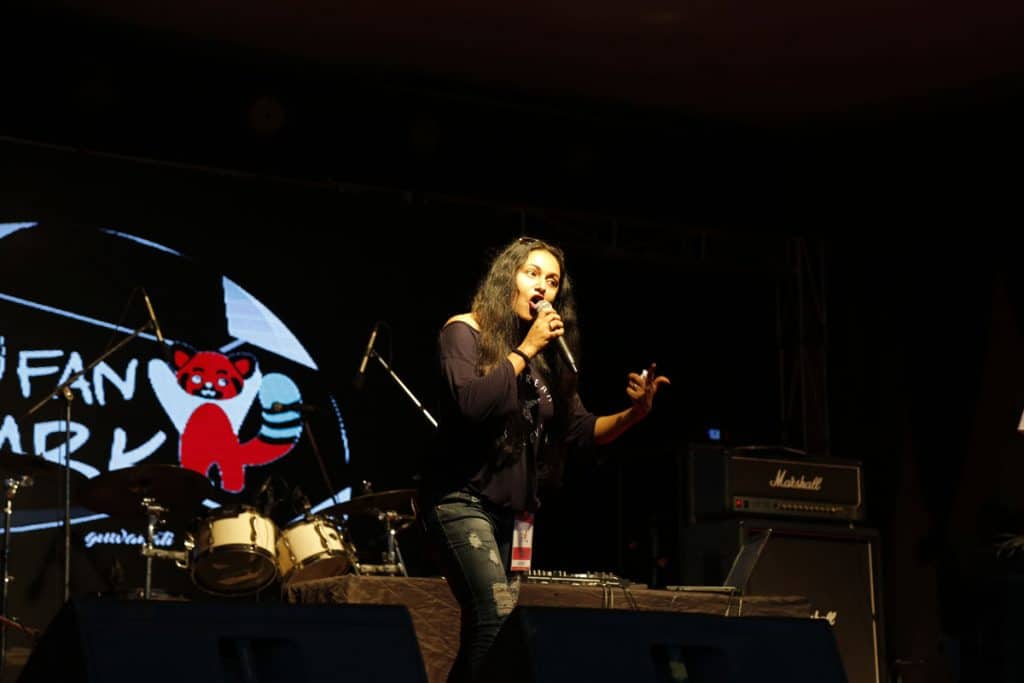 As NorthEast United FC geared up for their second home game of the season against Jamshedpur FC at the Indira Gandhi Athletic Stadium, the NEUFC Fan Park, set up by Aucto Creations, exhibited a splendid array of performances to boost the morale of the team.

“The NEUFC Fan Park within the Sarusajai stadium premises is designed as a Day-Out Carnival destination for friends and families where sports, entertainment, food and fun blend together to give an unmatched experience to the football lovers. The Fan Park will remain open every match-day at the Indira Gandhi Athletic Stadium from 3pm to 6.30pm,” said a spokesperson of Aucto Creation. He added that a valid match ticket enables free entry into the Fan Park. Besides this, the NEUFC Fan Park by Aucto Creation also organized a meet-and-greet session with the fans will have a few of the team players. Various art installations, performing artists, muppets, magicians and food stalls were also set up by Aucto Creations at the Fan Park for the match lovers.