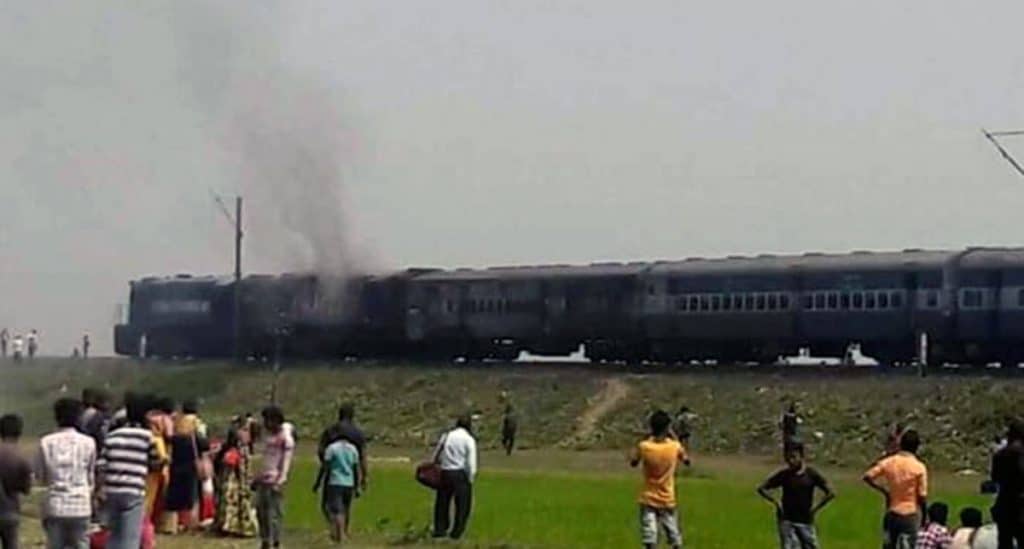 Two passengers were killed after fire broke out in the Chandigarh-Dibrugarh Express near New Jalpaiguri in West Bengal on Friday. Officials said that the two passengers jumped out of the moving train in panic.

The incident happened on the Dibrugarh-bound train around 11.18 am near Chattar Haat Railway Station. The fire originating from the engine damaged the adjoining coach, an official told the media.

“Two passengers have died after jumping out of the moving train. There is no report of any other casualty or injury,” the official added. Media reports said that eyewitnesses claimed there were several injuries.

A medical team reached the site in a relief train. Another engine drove the train back to the Chattar Haat station where the damaged bogies were separated. At 3:35 pm the train resumed journey for Dibrugarh.

A railway official said that an inquiry by the Commissioner of Railway Safety, Northeast Frontier Railway has been ordered into the incident.

Because of the fire, several trains on the route, including the Dibrugarh- New Delhi Rajdhani Express, Kamakhya- Puri Express, Silchar- Trivandrum Express and Kamakhya- Rajendranagar Capital Express, were diverted to run via Siliguri Junction-Bagdogra- Alubari section. All up trains coming towards New Jalpaiguri were also being diverted via this route.