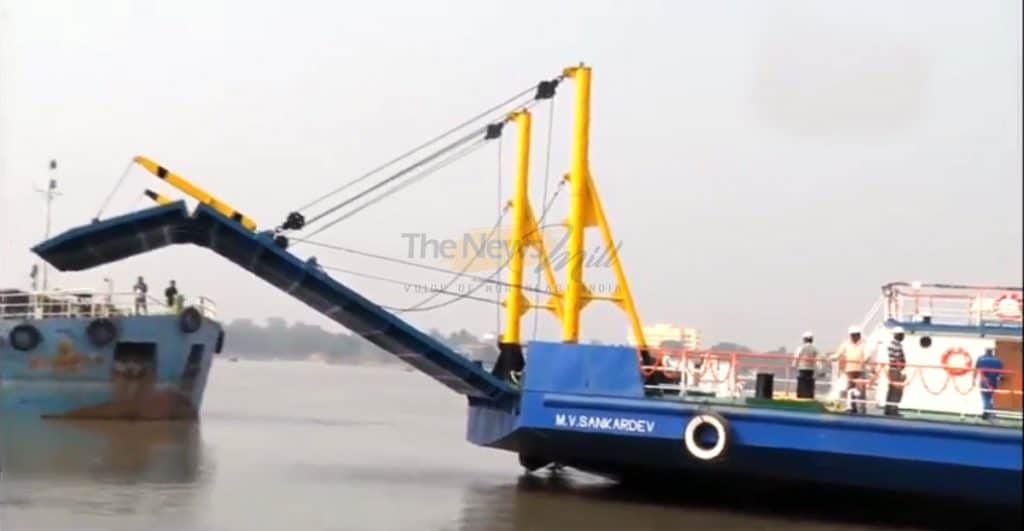 The Assam government started four new vessel services, including one RoRo service, between Guwahati and North Guwahati across river Brahmaputra from February 28.

RoRo or Roll-on/roll-off ships are vessels designed to carry wheeled cargo, such as cars and trucks that are driven on and off the ship on their own wheels. This is in contrast to lift-on/lift-off (LoLo) vessels, which use a crane to load and unload cargo.

MV Sankardeva has built-in ramps that allow the cargo to be efficiently rolled on and off the vessel when in port. It is equipped to carry 12 trucks of 25 tonnes each and 200 passengers.

The vessel was flagged off from Kolkata on December 8 by Inland Waterways Authority of India’s vice chairman Pravir Pandey.

The other two vessels – RPL Burahdia and RPL Barahi – are ramped powered lighter (RPL) with 200 HP engines and the length is 30 metre. Another one is Catamaran which is 28 metre in length. These three are from the Inland Water Transport (IWT), Assam.

A senior official of IWT Assam said, “Each of these ferries can carry around 200 passengers and also good number of vehicles. After Guwahati, the rest are under construction and will be completed soon. Once these are in place, the scene will be changed.”

The official also said that the IWAI with the Coordinating and Monitoring Committee, there has been joint efforts to develop the national waterways in the state.

“There have been frequent meetings taking place both in New Delhi and at Guwahati in this regard. We are hopeful that the things will change in the next couple of years,” he added.

IWT, Assam has been slammed after several cases of boat accident were reported from different places of the state last year. The major being at North Guwahati in September last year which claimed three lives including two students.