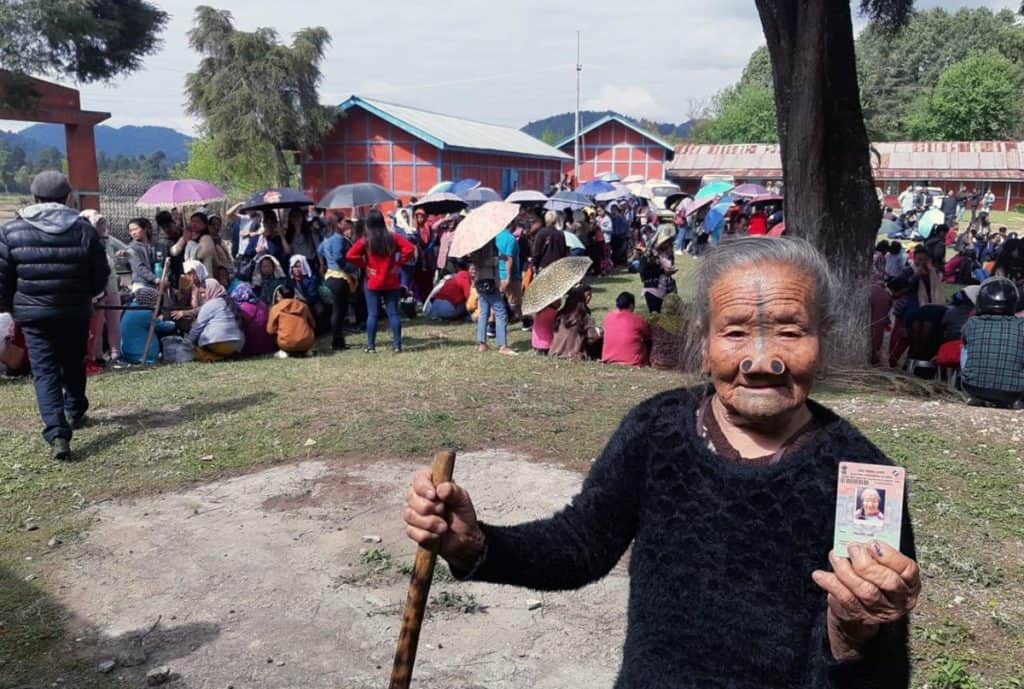 An estimated 66 per cent voters on Thursday exercised their franchise in elections to the 60-member Arunachal Pradesh Assembly and the state’s two Lok Sabha seats.

Polling was overall peaceful with reports of a few stray incidents of violence. Three persons were seriously injured when supporters of two rival parties clashed outside a polling booth in Pipsorang in the Tali Assembly constituency in Kurung Kumey district, an election official said.

Police officials said the injured were taken to hospital by a helicopter.

“There are many polling stations where it take one or two days to reach the district headquarters while some of the polling officials have to be airlifted since they are deployed in inaccessible areas,” he said.

Darang also said that polling was not conducted in around 15 polling stations due defective EVMs which couldn’t be replaced in time besides other reasons.