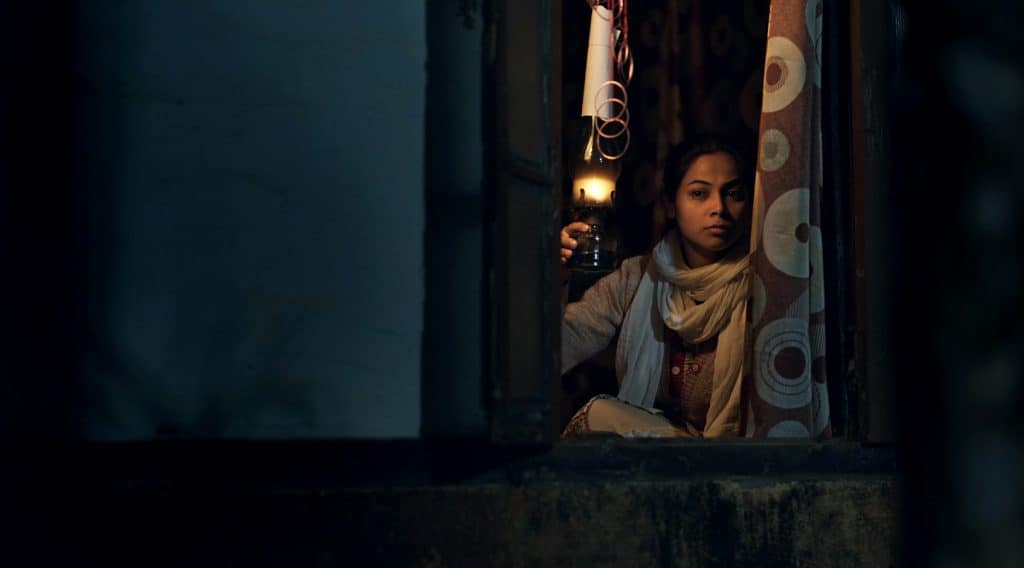 Assamese film Bornodi Bhotiai (In Love, By the River), directed by Anupam Kaushik Borah, is a celebration of life, love and everything in between and showcases his homeland in lights previously unseen.

After representing Assamese cinema at one of the most prestigious international film festival of the country, 20th Mumbai Film Festival (MAMI), and the 6th Brahmaputra Valley Film Festival, Borah’s debut movie, which received wide praises from the audiences, is finally hitting the big screens on May 3.

Bornodi Bhotiai is a genre bender which combines magic realism with a quirky slice of life narrative. Many things at once, it is also a social satire with shades of dark comedy sprinkled over it. The movie, which opens with a soul pleasing shot of the river Brahmaputra with a ship ferrying, takes us to the world’s largest river island, Majuli and introduces us to the unvarying and routine life of Moukon, Luit, Simanta, Joi, Topon and Bhaskar. Moukon, a young carefree girl finds herself at the centre of some mysterious deaths after which she is socially considered a jinx. Simanta, Joi and his friends are in love with the same girl. They are also well qualified but are still in search of a substantial life.

Abandoning their talents in singing, songwriting and acting, they turn themselves in to their substandard lives and resort to a goat husbandry farm together to make ends meet. But as destiny has planned, fate has something else in store for them. Life is also indifferent for Luit who moves from door to door by selling insurance policies and has no better resolutions for the future.

The challenges may vary but the struggle is constant. But beyond everything, the characters are caught in a web of untainted love which is the core of Bornodi Bhotiai and this takes the movie to its ultimate conclusion.

Set against the cultural landscape of Majuli, Anupam Kaushik Borah gives soul to the everyday stories of a small village through an ingenious combination of genres highlighting those aspects of the lives of Majulians which often go unnoticed. Keeping alive the magical touch of the narrative and adding to the bizarreness is a peculiar cold that Luit, played by Anupam Kaushik Bora himself, develops which remains with him for the hotter half of the year and has a layered significance waiting to be revealed.

The river Brahmaputra, the ‘bornodi’ in the title which translates to ‘the big river’, and the people residing on its banks have been the subject of many stories, but what Bornodi Bhotiai contributes is a unique vision and a presentation by a writer who has immaculately adapted the movie from a play, leaving no room unfilled with creative ambiguities. To retain the spirit of the play the same actors were also casted for the film. Dealing with multiple genres, issues and emotions has always been a hefty task but writer-director Anupam Kaushik Borah, who is the first National School of Drama alumnus from Majuli, so conveniently stitches these best and worst of life together that it never, at any point, feels out of the place. 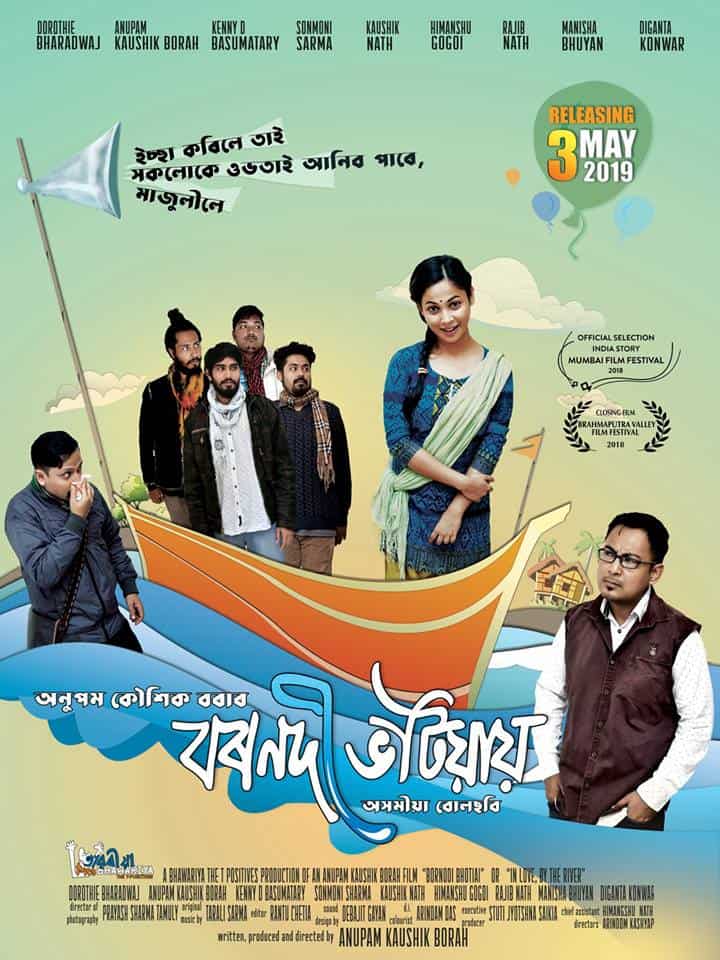 Bearing few spiritual similarities with Yorgos Lanthimos’ The Killing of a Sacred Deer, the presence of some allegories and metaphors about life, love and death are sure to bother the less attentive and unobservant section but nevertheless one would not be refrained  from enjoying it. Produced by Anupam Kaushik Borah under the banner of Bhawariya – The T Positives, Bornodi Bhotiai has carefully avoided the dramatic turns, over stuffed and over sentimental approach which impulsively and sometimes undeservingly becomes a part of stories about Majuli. Instead director Anupam Kaushik Borah stays highly focused on the unadulterated nuances of social and personal lives. He shows an honest picture of the actual life of the Majulians through an inventive filter of humor while also simultaneously making us aware of a tragedy that looms over them. As a result the audiences do not feel overburdened or become over consumed with grief because life in Majuli is simply not limited to flood, river bank erosion and Sattriya culture.

Issues of development, corruption, regular load shedding, annual floods affecting the lives of the people, and how the young generation abandons the land for better opportunities in the city, are some problems subtly touched upon by the film but the ace of spades is the peculiar dialogues and the performances by the actors in the local dialect. The cast of the film led by Dorothy Bharadwaj, Anupam Kaushik Borah, Sonmoni Sharma, Rajib Nath, Himangshu Gogoi, Kaushik Nath along with Kenny Basumutary, Palash Mech, Gunamoni Boruah, Diganta Konwar and Monisha Bhuyan are natural in their own way.

These everyday stories of a small village which unfolds in chapters are beautifully captured by cinematographer Prayash Sharma Tamuly in their true hues and tones. The mildly sunlit outdoors, the moist interiors and the windy shores of the river are brought to life with great care and affection. The music of the film composed by Tarali Sarma, Rantu Chetia’s editing and the sound design by Debajit Gayan also contributes to the look and feel of the movie.

An extremely bizarre story and a screenplay with surprises in every step, Bornodi Bhotiai also deserves praise for its well shot scene involving a huge crowd, the lack of which is mostly felt in many Assamese movies.