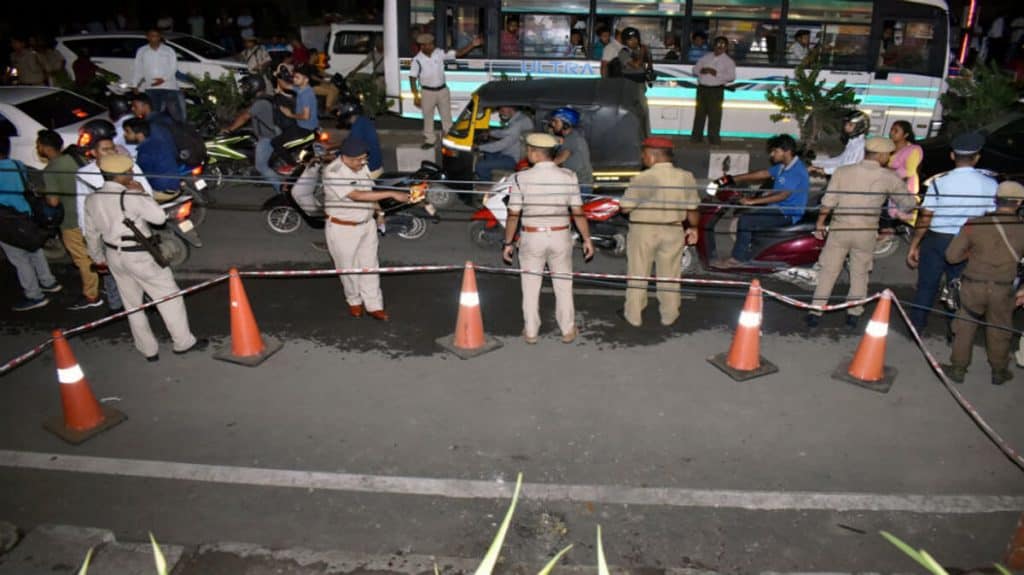 The blast happened near the busy RG Baruah Road in Guwahati on May 15, 2019

The Assam Police has arrested five persons for their involvement in the grenade blast on Thursday that left six people injured in front of a shopping complex in Guwahati.

Guwahati Police Commissioner Deepak Kumar said on Saturday that while one Pranamoy Rajguru and Jahnabi Saikia were arrested on Friday, three more were arrested in the last 24 hours from different areas of the state for their involvement in the blast.

“We have arrested Amit Ballav Goswami from Golaghat, Indra Mohan Bora from Nagaon and Chinmoy Laskar from Guwahati. Goswami is a bomb expert of ULFA,” said Deepak Kumar while adding that police are now on the lookout for senior ULFA cadre Bijoy Asom, the main accused behind the incident.

The police commissioner further said that ULFA is no longer an outfit based out of jungles. “They are trying to float an overground outfit which will carry out subversive activities while living among common people,” he said.

“The organization has become weak due to lack of support and finance. So they are now using the former cadres, who had not been very active in the past, to carryout recruitment drives, spread their ideology and provide logistics support,” he added.

He also hinted that some of the intellectuals of Assam were working as think tanks of the outfit. Kumar, however, did not reveal anything about the how the arrested planned and executed the grenade blast in Guwahati on Thursday.