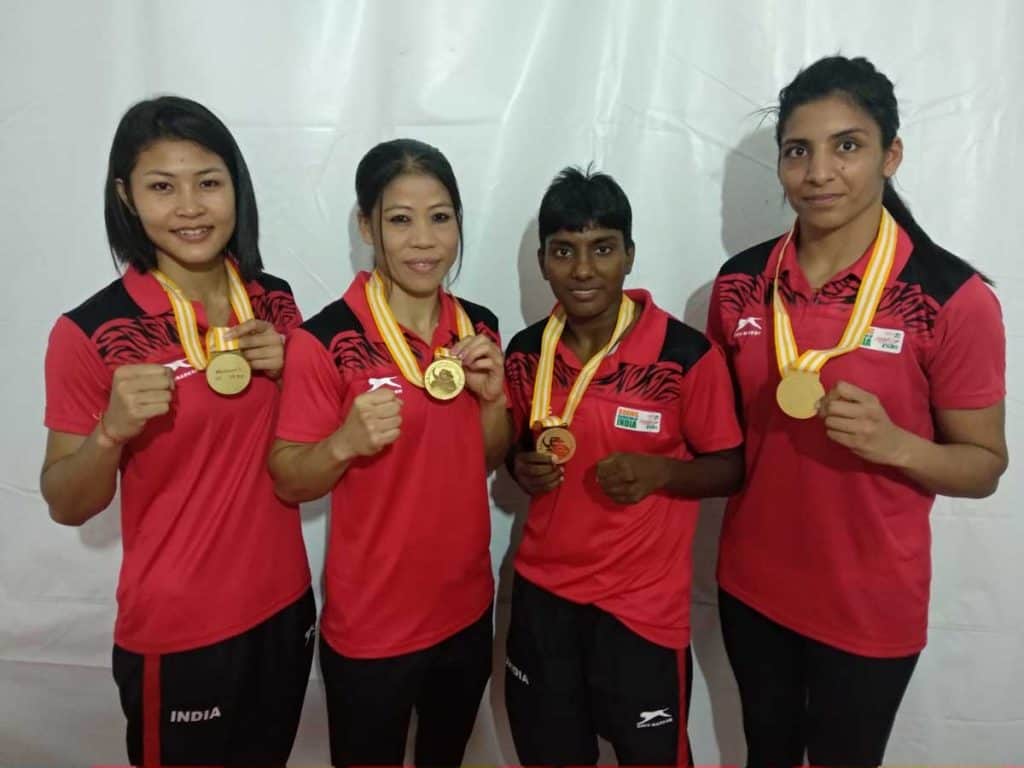 Six-time world champion Mary Kom (51kg) and 2018 World Championships bronze medallist Simranjit Kaur (60kg) grabbed a gold medal each as Indian boxers finished their campaign at the 23rd President’s Cup in Labuan Bajo in Indonesia on July 28 on a high with a rich haul of nine medals that included seven gold and two silver.

While the women had a flawless record in the finals, winning all the four gold medals on offer, the men had mixed fortunes and had to settle for two silver along with three gold medals. The superb all-round performances accorded the contingent the ‘Best Team’ award at the end of the tournament.

Two months after winning the gold at the India Open, Mary Kom arrived at this prestigious tournament with the aim of testing herself against the world’s best ahead of the World Championships in October. Even though in her first bout, she had to dig deep to stave off the resistance of Vietnam’s Anh vo Thi Kim 3-2, Mary was simply magnificent in the final as she powered to a 5-0 win over Australia’s Franks April.

In 54kg, Assam’s young and bright talent Jamuna Boro did not put a foot wrong in a 5-0 demolition of Italy’s veteran boxer, Giulia Lamagna to add to the gold she won at the India Open in May.

In 48kg, youngster Monika ended the challenge of Endang of Indonesia by a similar scoreline to round off what was a memorable campaign for Indian women pugilists.

Chopade did not show any nerves in a strong 5-0 win over Afghanistan’s Rahmani Ramish for his first significant international medal. Dahiya too absolutely outpunched his opponent, Macau’s Leung Kin Fong 5-0 to lay his hands on the glittering gold.

Neeraj had it tougher and dropped a point for a 4-1 gritty win over Filipino pugilist, Macado Jr Ramel.

It was a heartbreak for former World Championships bronze medallist Gaurav Bidhuri who gave his all but was edged 2-3 by Indonesian Mandagie Jill in the 56kg bantamweight bout.

2018 India Open silver medallist, Dinesh Dagar too found Indonesia’s Samada Saputra too strong and was dealt a 0-5 blow on his way to the silver medal.

Tiger population in Assam increases to 190