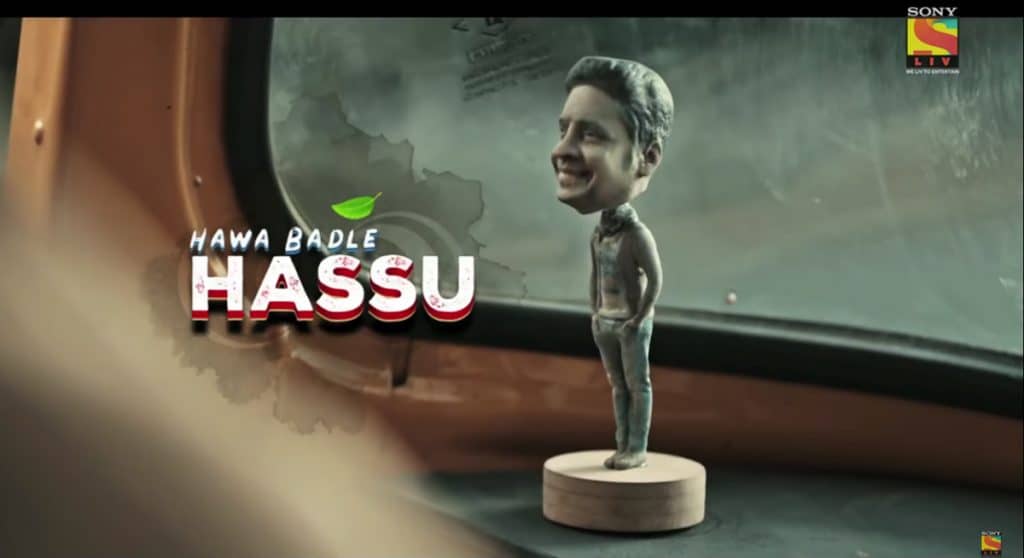 A mini Hindi sci-fi series, co-directed by Silchar’s Saptaraj Chakraborty, is getting good reviews as it is currently steaming on SonyLIV.

Hawa Badle Hassu is a series, directed by Saptaraj Chakraborty from Silchar in Assam and Shiva Varma is a reflection of the concern, rather the lack of it, for the ever growing menace of climate change.

The series features Chandan Roy Sanyal in the lead role. It was released on June 24 and could not have been timed better at a time when the country is facing the impacts of climate change. While some parts of the country are staring at severe water crisis amid droughts and heat-wave, many areas are witnessing rains and harsh climate conditions which can majorly be attributed to global warming.

The web series is inspired by the ground breaking work done by Leonardo DiCaprio Foundation in fighting evils like climate change. Oscar winner DiCaprio is an ardent environmentalist and established the foundation in 1998 to find solutions to the various environmental issues. Since then, the foundation has been relentlessly working to this end.

The series tried to tackle this very serious social issue with a tinge of humour. It is well written and some of the best lines are by the principal character Hassu, which serve as eye openers. The web series is not preachy.

The series also features talented actors like Smita Tambe of Singham Returns-fame and Vikram Kochchar who was seen in the popular Netflix series Sacred Games, in important roles.

The makers of the series have given credit to the work done by the Leonardo DiCaprio Foundation for the research that has been put in to raise some of the environmental concerns. It touches upon issues like the need for a greater commitment from developed nations to reduce carbon footprints and concepts like ‘whale jails’. All this is done in the form of conversions, Hassu strikes up with his passengers.

There is definitely more to Hassu than what meets the eye. He is nothing less than a hero but the people around him recognise his worth only after he goes missing or does he?

The only drawback of the mini-series is that it tries a little too much to fit into the sophisticated science fiction genre as far as the special effects are concerned. But the flawless performance of Chandan Roy Sanyal and a good screenplay make up for it. In fact, the makers have hinted that a second season is on the cards.

Perhaps, it can take off from where it left in the first season and take the audience aboard for a ride as a member of the secret organisation named GOFCON on a really tough mission. Well one must watch the series to know more about GOFCON and the whereabouts of Hassu. After all, the fate of planet earth is at stake.