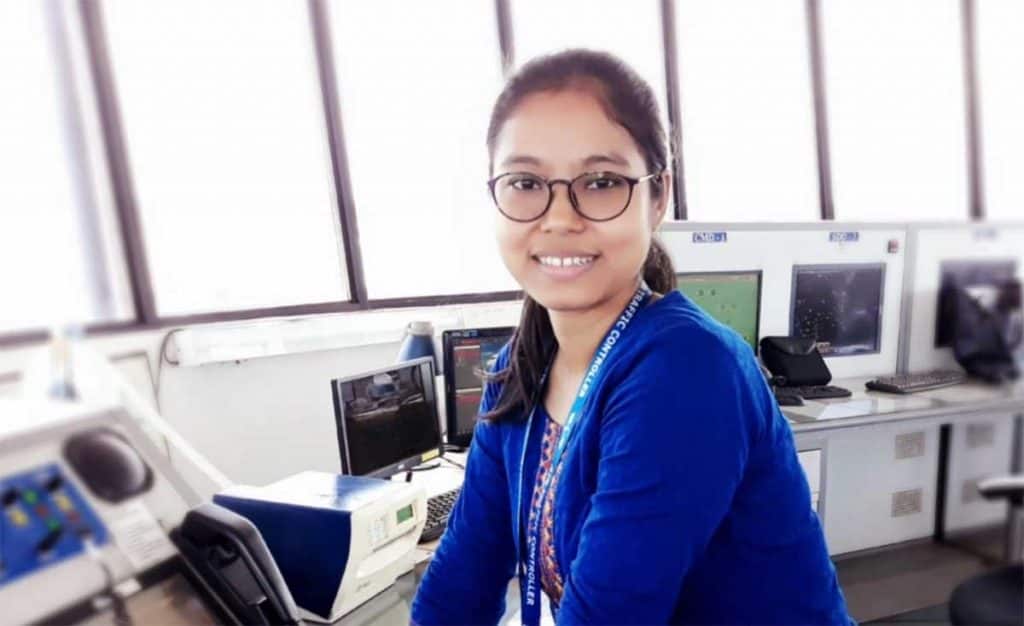 The 26–year-old tribal girl Bipasha Hrangkhawal of remote from Rangamura village of Teliamura under Khowai district has scripted history in aviation record of Tripura by becoming first woman Traffic Controller (ATC) in the state.

She was graduated in Electronics and Telecommunication Engineering from Mumbai University.

She had started her career as an Assistant ATC in Chhatrapati Shivaji International Airport at Mumbai in 2017 and after a few months in she has been shifted to MBB Airport here on her request to look after her ailing father.

Bipasha said her father always had a wish to see her one day working at ATC, as in childhood they used to watch together the show called Air Crash Investigation in Net Geography channel and added, “With the persuasion of her father she had applied for the post but did not had any idea about the pattern of questions and style of interview. I had started preparing and researching about the job profile of ATC before the interview”.

Once had got selected in the interview Bipasha had to undergo a six months training and there one day her senior told that she is the first lady ATC Executive from Tripura. “We have a very less reaction, if anyone working at ATC says I am not afraid than he or she is lying for sure. We have to be very focused and attentive while directing and handling flights movement, Bipasha stated.

“I feel proud that I am sitting in ATC guiding the aircraft, which is fleeing hundreds of miles with passengers. Working at Air Traffic Control is considered to be one of the most difficult jobs since we are constantly dealing with the number of flights carrying hundreds of lives in the aircraft and one silly mistake can finish everything in seconds,” she pointed out.