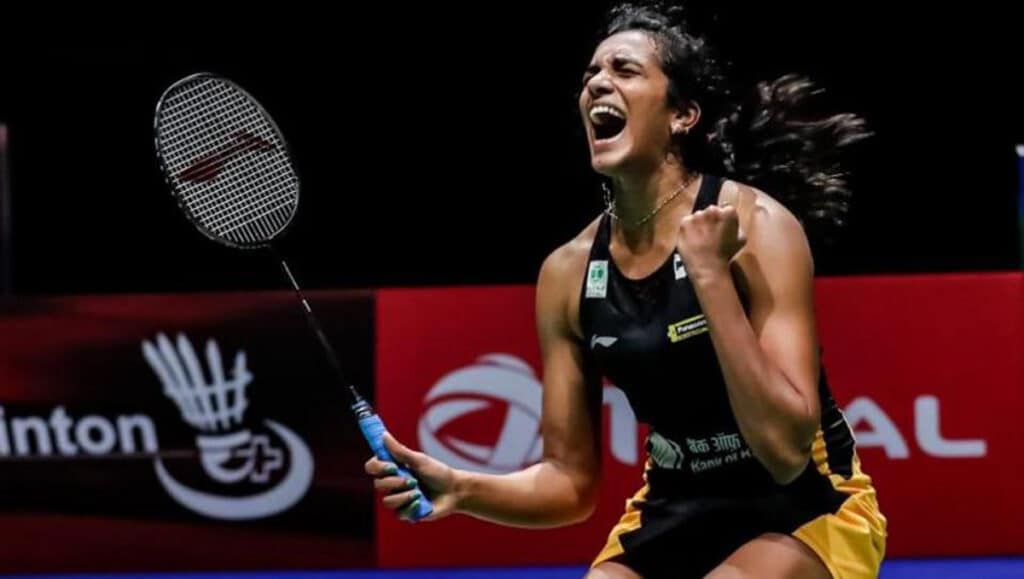 Sindhu’s gold is the second medal that India won at the Worlds this year with Sai Praneeth winning a bronze in men’s singles category.

The last time Sindhu and Okuhara met in a World Championships final was in 2017. In a pulsating encounter that lasted nearly two hours and involved a 73-shot rally, Okuhara emerged victorious in the end. Sindhu again reached the final in 2018, only to go down to Carolina Marín of Spain. However, she finally broke the jinx this time, brushing aside her opponent with a dominant show from start to finish.

In stark contrast to world No. Sindhu, the Japanese world No. 4 on Sunday looked completely at sea against the Indian star’s relentless attacks.

Although Okuhara won the first point of the first game, Sindhu won eight straight points after that to race to a 8-1 lead. Okuhara managed just one more point before the interval with Sindhu leading 11-2.

The mauling continued for much of the second period of the opener, which ended in just 16 minutes. Okuhara got a few consecutive points towards the end to extend her score to 7 but Sindhu sealed the issue on her first game point.

In the second game, Okuhara briefly kept pace until the score was 3-2 in Sindhu’s favour after which the Indian took six consecutive points to race to a 9-2 lead.

Okuhara won two more points but Sindhu kept her foot on the pedal and went into the interval with a 11-4 lead.

Okuhara went on to take just three more points in the second period as Sindhu continued to storm her way to the title. Once again, she managed to get over the line on her first match point.

This was the 16th match between Sindhu and Okuhara. Sindhu now leads 9-7 head-to-head, including three victories in the last five meetings before Sunday’s clash.

Both players had not won a title this year. While Okuhara reached the final after a hard fought 17-21, 21-18, 21-15 win against Thailand’s Ratchanok Intanon, Sindhu swatted aside China’s Chen Yu Fei 21-7, 21-14 in her semifinal clash.

This is Sindhu’s fifth medal at the World Championships, which is the joint highest in women’s singles in the history of the tournament along with Xhang Ning of China, a two-time Olympic gold medallist. Apart from the two silvers Sindhu won in the last two editions, she had also won the bronze in 2013 and 2014.