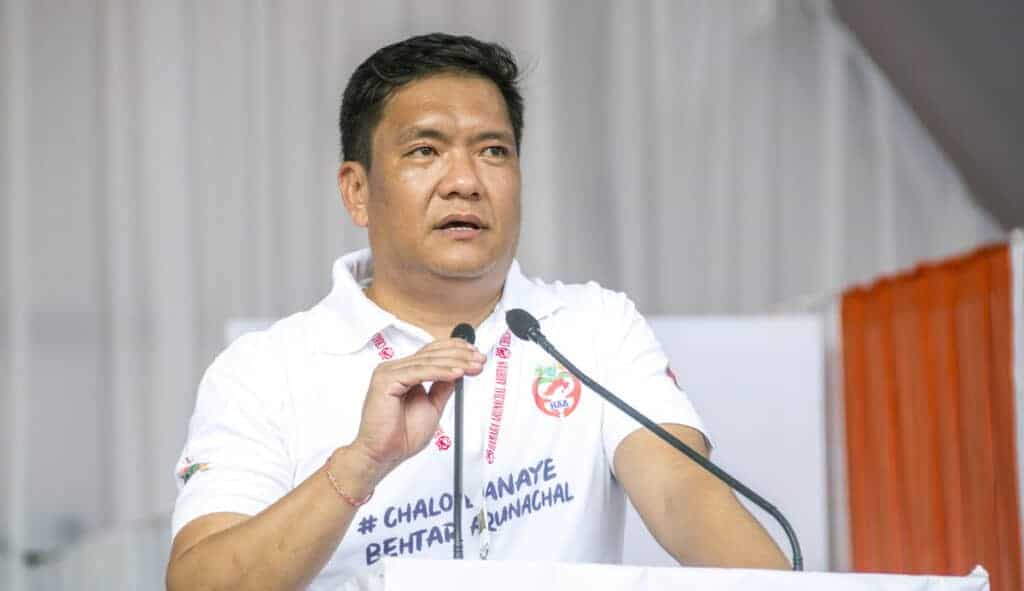 Arunachal Pradesh Chief Minister Pema Khandu on Wednesday called upon the people that Arunachali as an identity must come first before one’s respective tribe.

“There are certain bad elements that we must fight, which are trying to derail the unity and peace in the state. To fight such elements, along with police modernisation, the people must start taking ownership and act as the citizen police to build a society free of crime,” he said addressing an event organised in Itanagar to celebrate the 150th birth anniversary of Mahatma Gandhi.

Noting that any breakdown in law and order discourages investment, which is vital for economic development of the state, Khandu said the people need to be made equal participant in maintaining law and order in the state.

The chief minister said the “Hamara Arunachal Abhiyan (HAA)” will be continued up to 2024 without use of single penny from the government exchequer. He said funding for the campaign would be sourced from the corporate sector.

He said the campaign should reach out to people on issues, like language preservation and promotion, drug awareness, prevention of money culture in election.

He said Arunachal was a challenging state in terms of cultural diversity. “To bring the feeling of oneness among Arunachali, not only the government but also the people must take proactive part in it,” he said.

Earlier, he released a “Picture Gandhi”, a book on Mahatma Gandhi, published by Tulika Publishers for children translated into five tribal languages of Arunachal — Adi, Apatani, Mishmi, Nyishi, Nocte — and also the Bodo language of Assam. The book was written in English by award winning author Sandhya Rao.