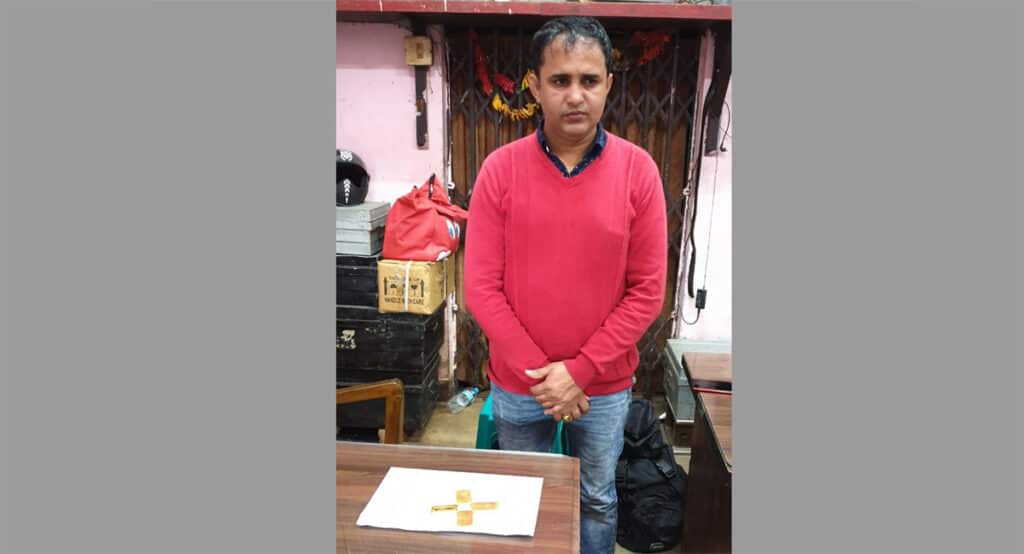 The GRP personnel had recovered the gold bars from the New Delhi-bound Rajdhani Express.

A top official of Railway police said that, during the checking, the GRP personnel had recovered four gold bars from 12423 Rajdhani Express at platform number 1 at Guwahati railway station.

The GRP personnel arrested a person identified as 40-year-old Tasvir hailing from Haryana’s Hisar district, who carried the gold bars.

“The man was travelling from Dimapur to Delhi. The value of the seized gold bars is estimated about Rs 24 lakh,” the Railway police officer said.

A case has been registered at GRP station, Guwahati.