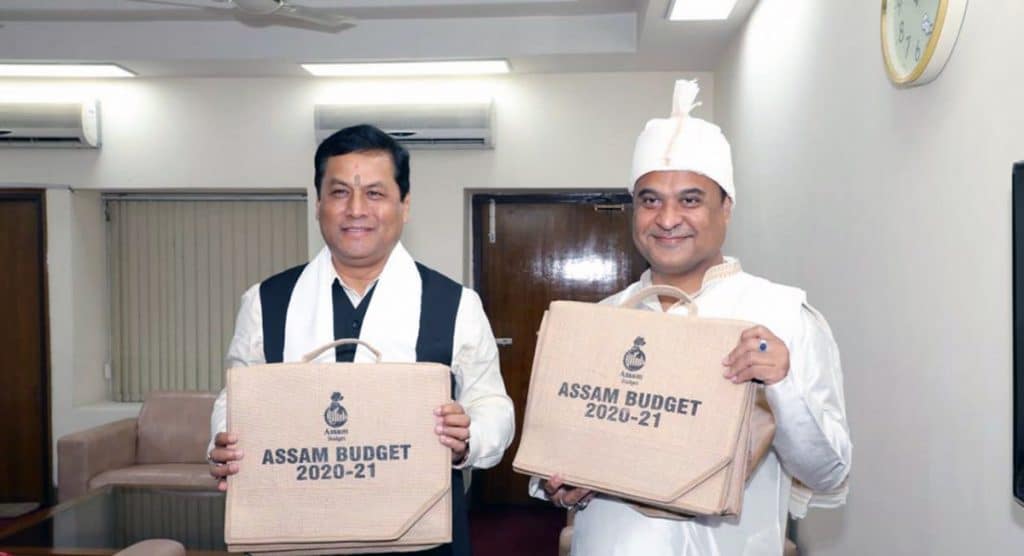 Publication of annual Assam Budget 2020-21 online hours before its Cabinet approval and tabling in the state Assembly led to noisy protests against the incident in the assembly, with the main Opposition Congress staging a walk out over it.

Local Television reports flashed news since forenoon that the Budget has been uploaded online on the state Finance department website, though it was scheduled to be presented in the House at 2pm after Cabinet approval one hour earlier.

The incident was raised by Leader of Opposition Debebrata Saikia of the Congress as soon as the House assembled for presentation of the Budget at 2pm.

Speaker Hitendra Nath Goswami and state Finance Minister Himanta Biswa Sarma played down the matter and the minister proceeded with tabling the Budget.

A minute into the Budget, Saikia and other Congress MLAs pointed out that the speech was exactly the same as was mentioned in the leaked document.

Speaker Goswami, trying to pacify the Congress legislators, said leakage of Budget did not constitute breach of privilege, while also assuring them that he has taken note of the matter.

As the minister continued reading the Budget speech, the Congress MLAs started shouting ‘shame-shame’, and walked out of the assembly.

Later in a press release, Saikia said it was unfortunate that the chief minister, who was present in the House when the matter was raised, did not attach any importance to it.

On behalf of the Congress Legislature Party, Saikia demanded an enquiry by an all-party House Committee into the leakage of the Budget and the said committee should be empowered to recommend measures against those found responsible for this lapse.

Isolation wards in 13 hospitals in Meghalaya to tackle Coronavirus