Journalism at loss: The Telegraph decides to shut down Guwahati office 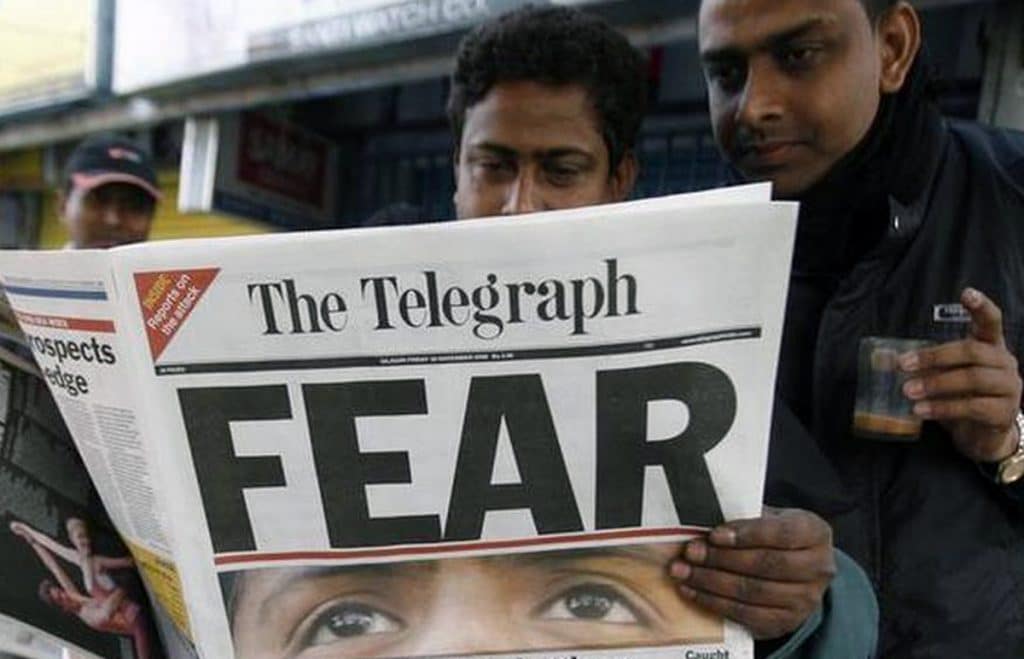 The Telegraph, in an internal communication to its employees in Guwahati, has informed that it is going to shut down its Guwahati bureau from May end.

Sad to hear that The Telegraph has decided to shut down its Guwahati newsroom with effect from May 31. The decision will lead to laying-off of four of its five permanent journalists, all of them excellent storytellers, in their mid-life, besides a team of energetic stringers.

I am under no illusion that there will be a hue and cry among its readers or the society over the unjust decision of laying-off journalists in their midlife during the prevailing crisis of COVID-19. Media persons working in different media houses have been laid-off. Journalist in fifth month of pregnancy has been laid-off in this city by a television news channel.

A prominent Assamese weekly newspaper has been reduced to a Sunday supplement of a daily and its media persons except a few have been laid-off. I apprehend many more journalists are going to be laid-off in the coming days.

I had the privilege of working in this Bureau of this prominent English daily (The Telegraph) from October 2000 to January 2004 before I moved to The Hindu in February 2004. I took voluntary retirement from The Hindu in 2015. I was working in the erstwhile The Northeast Daily published by Sadin Group of publications when I got the offer from The Telegraph in 2000 to join its Guwahati Bureau.

I got the space, thanks to then editors including the then Resident Editor Soumitra Da wonderful colleagues in Guwahati Bureau and Kolkata newsrooms of The Telegraph to sharpen my reporting and storytelling skills. It was in this prominent daily I broke Shallow Tube Well Scam in Assam Agriculture Department. Subsequently a report of the Comptroller and Auditor General also corroborated my story. It triggered a debate in the Assam Assembly. The Law Department of the newspaper stood by me when I defended my story when I was served a legal notice by one of the companies involved in the scam for initiation of a damage suit of Rs 5 crore. I was in possession of all the official documents to establish the scam and defend the story in the court. The company did not proceed with the damage suit.

The three years I had spent in Guwahati office of The Telegraph were quite eventful years. The bond of warmth and affection among us – the then colleagues – Monimoy Dasgupta (he was the Coordinating Editor), Roopak Goswami, Oinam Sunil, Anupam Bordoloi, Monideepa Choudhury, Teresa Rehman, Samir Kar Purakayastha, Umanand Jaiswal, Imtiaz Ahmed, photojournalists SH Patgiri, Anupam Nath and Biju Boro, Pranab Kumar Nath as well as colleagues from other departments like Sourav Mahanta Da, Nilakshi, Ranadhi, Subroto, Suman, Siddhartha, Debopriya, Anupam, eased the pressure of deadlines in the newsroom. Late Jiten Sarma sir, who was in charge of the overall operation, also engaged with us in the conversations.

Among all the colleagues – Roopak, a fine storyteller, widely acclaimed for his expertise in tea, environment, wildlife reporting with his over two decades long stint right from the day Northeast edition was launched, has been working for the longest period of over 20 years.

It is in The Telegraph, I got the opportunity to work with a team of fine journalists outside the Guwahati Bureau – Pritam Brahma Choudhury in Kokrajhar and other areas of BTAD, Sarat Sarma in Nagaon, Karbi Anglong, Dima Hasao, Bijoy Kumar Sharma in Dhubri, Goalpara, Ripunjoy Das in Dibrugarh and other areas of Upper Assam. It was one of the PCs in the same newsroom in Godrej Building at Ulubari in Guwahati that I opened my mail to receive the best mail in my journalism career – a mail from the then Editor-in-Chief of The Hindu N Ram offering me to appoint me as the Special Correspondent of The Hindu in Guwahati. I opened this mail, about four days after I had returned from Kokrajhar after covering, jointly with Pritam, the ceremonial surrender of erstwhile BLT cadres following signing of the second Bodo Accord in 2003 and a series of related stories.

Memories of The Telegraph newsroom will always remain special to me and I feel sad that the daily is not going to have another full-fledged newsroom in Guwahati so soon.

When a newspaper closes down a bureau, it not just leads to laying-off of media persons. It simultaneously shuts many windows through which the society can have a look at its mirror reflection and decide if everything is going fine or it needs to rethink its role. It shuts the window for the policy makers to find out if policies they crafted is working or needed to be reviewed. It shuts the windows of reconciliation among conflict-hit communities as the space to tell stories about such communities falling back on age-old relation and interdependence to rebuild their lives vanishes.

It is a choking situation that honest journalists can now afford to become only sad and not angry when laid off or furloughed, when they become voiceless to tell their own stories after giving voices to voiceless for the best years of their lives. They are afraid that if they raise their voice against the injustice towards them by their employers it might shut down the doors of other media houses for them. They have families to support, children to raise, provide better education, EMIs to be paid. But they have to realise that even if they do not raise their voice they are going to be laid off at the whims and fancy of some media barons.

Newspapers have to craft a new model of revenue which is more subscription based and less dependent on advertisements. The readers will also have to reciprocate and agree to pay a higher cover price for sustenance of newspapers if they are keen on getting quality news that comes to the public domain after proper gate keeping and do not want to be victim of fake news.