Weavers working as construction workers in Guwahati due to nationwide lockdown

Twenty-seven-year-old Ananda Das has been associated with weaving for the last one decade at Sualkuchi, the textile town of Assam in Kamrup district which is often referred as the Manchester of the East.

It has been Das’s identity over the years and he was proud of it. But the nationwide lockdown in the wake of COVID-19 outbreak, life has taken a different and a rather harsh turn for him and many others.

Now they have landed in Guwahati, the state capital, to be construction workers.

“We have no options left after the lockdown started. As the days increased, our sufferings grew. We just could not sit idle for better days to come. So, we decided to move out and work here at the construction site,” Das told The News Mill in Guwahati which is some 35 kilometre from their hometown Sualkuchi.

Das said that he, along with 27 other men from their neighbourhood, have been working at the construction site for the last one week. They are getting a wage of Rs 500 per day.

But when they are at home, they can collectively earn even more with other family members or partners.

Another weaver Jyotirmoy Rajbongshi too is in a similar situation. “We have looms at home but these are useless now. We all are weavers who have been working here. We are helpless. If we don’t venture out of our home to work, our family members will be starving. So, what do we do? We don’t know when the things will be normal,” Rajbongshi added. 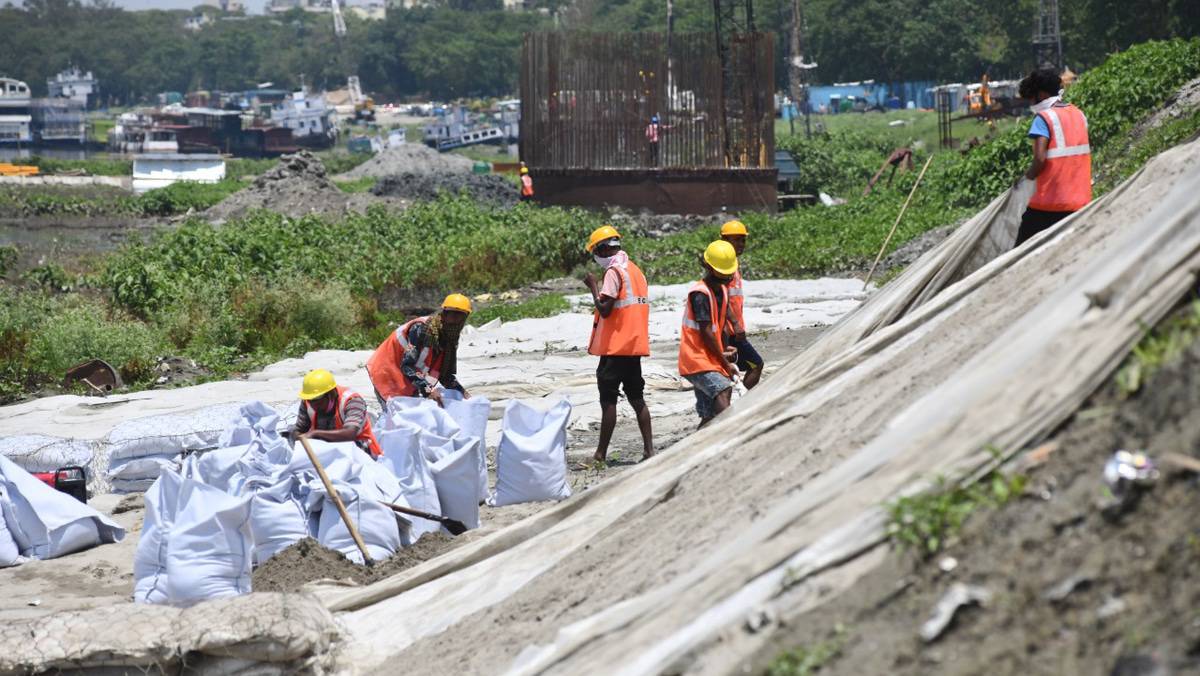 Situated on the northern banks of the Brahmaputra, Sualkuchi is famous for its centuries-old heritage of weaving. The weaving tradition in this area can be traced to the 11th century. In every household of Sualkuchi, weaving handlooms can be found.

As per the Sualkuchi Tat Silpa Unnayan Samiti, a local body of the weavers, the Novel Coronavirus outbreak has brought the 7,200-odd active looms to a standstill for about a month now.

Hiralal Kalita, the secretary of the body who is also a master weaver, said that their income has dried up. “Most of our items are ready but the absence of the pre-Bihu market has not only dried up income but has made making ends meet a difficult proposition for thousands of weaver-families,” Kalita was quoted in a report by The Shillong Times.

Kalita further said that it started from the first week of March.