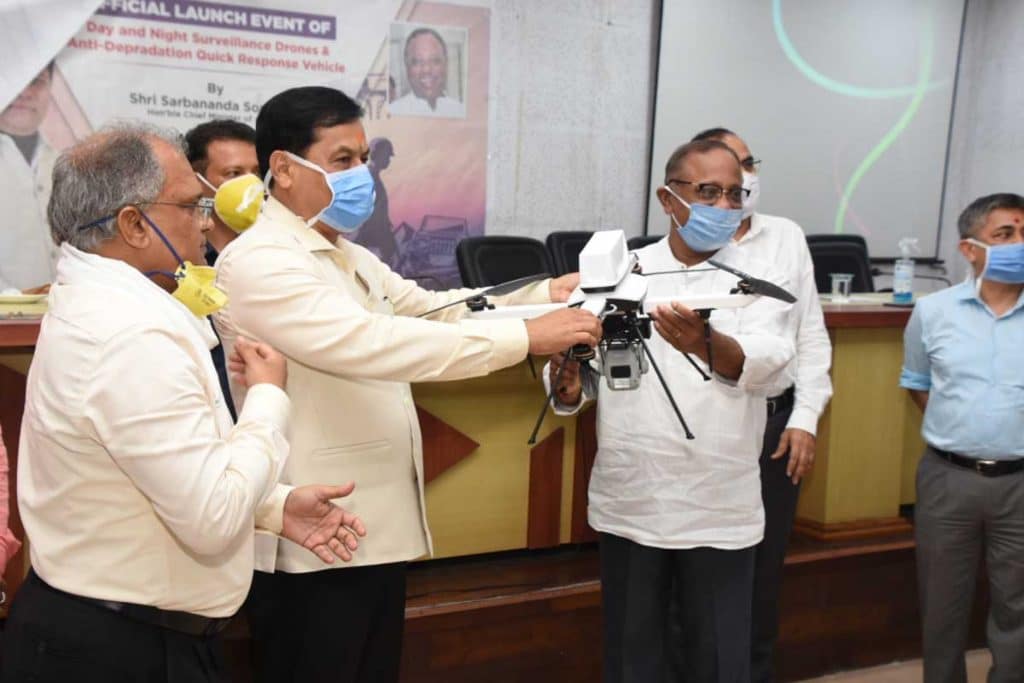 In a move to intensify surveillance and rein in human-animal conflict, Surveillance Quadcopters (Drone) and an anti-depredation quick response vehicle has been introduced in Assam.

With the enlisting of the vehicle, an intensified 24×7 surveillance would be possible over the forest cover of the state, helping to rein in the increasing incidents of man-animal conflict.

This surveillance drone would be able to narrow-cast any movement of poachers and would delve a blow to poaching in the national parks, wildlife sanctuaries and other reserve forests.

Under this new initiative, the state forest department has introduced three numbers of special surveillance quadcopter and an anti-depradation quick response vehicle, which were unveiled by Chief Minister Sarbananda Sonowal on July 24.

Speaking on the occasion, Sonowal said the 21st century is the century of information and technology, and making good use of science and technology, the forest department has been taking several steps to intensify surveillance over the forest cover and thwart any move of poaching and illegal forest trade.

As a result of his government’s proactive steps, wildlife poaching, including killing of the world famous one-horned, rhinoceros came down phenomenally, the chief minister said.

As many as 259 poachers have been apprehended in the last few years, and 502 hectares of forest land recovered from the clutches of encroachers, he added.

He further said as a result of sequel of actions taken by the state government, the forest coverage of the state increased to 222 sq km.

Moreover, the state government has also taken steps to plant 10 crore saplings and has already erected 33 high lands in Kaziranga National Park for the wild animals to take refuge during seasonal floods.

The chief minister also announced to set up a forest division for Borail forest range in Barak Valley and asked the Forest Department to take necessary steps in this regard.

He added that in sync with his government’s priorities, Dehing Patkai Wildlife Sanctuary would be upgraded to a national park, besides upgrading Poba Reserve forest into a wildlife sanctuary.