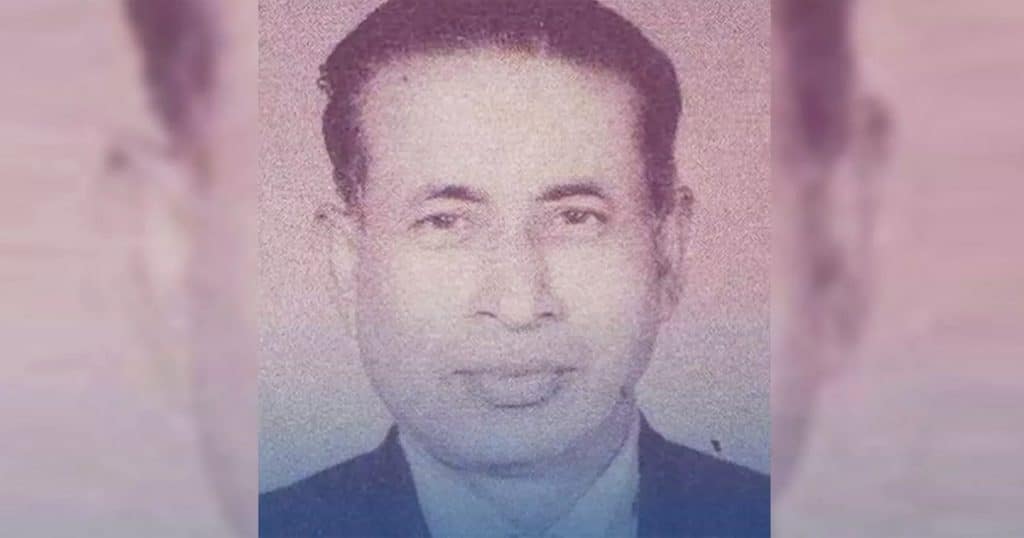 “Oi goru hot…”, Hari Bora sir used to shout sometimes at the top of his voice while stepping into the classroom immediately after the break between classes for his session, as we boys used to continue being unruly at times, basically to release oneself after having to bear with the drudgery of previous boring classes with teachers who could be recalled as mediocre and, therefore, less interesting, which Hari Bora sir wasn’t.

Sir belonged to the old school league of teachers, passionate about what he taught with affection.

Hari Bora sir used to teach us Assamese from Standard Eight onwards, and I happened to be one of his favourite students, or so I believed. Though from the old school, Bora sir wasn’t the quintessential stiff school teacher of the days of yore, nor could he be compared with the schoolmaster in Oliver Goldsmith’s poem, “The Village Schoolmaster”. Instead, Hari Bora sir used to be pretty candid with students, gifted as the man was with an openness towards all. Unlike few other teachers and their visible discrimination towards certain students, Hari Bora remained free from prejudices, his inside as warm and free from any veil like the charming smile sir used to often wear across his face with eyes radiating his unquestionable warmth towards students.

It was the beginning of a fresh academic session after our batch of students was promoted to Standard Eighth. A little after arriving at the classroom, Bora sir decided to make us, the students, write an essay. Parting his lips invariably stained with the red of chewing beetle nut, sir announced with a deep sigh, “Tahot borak sage baanpanir uparot rasana likhibaloi koi eku labh naai”, ‘There’s no point in asking you guys write an essay on floods?”, and he continued, “Saharot dangor hoi baanpani ketiao dekha nai niscoy?”, ‘Being town-bread I doubt you all have seen floods?” After a pause, probably to let oneself little space to think of a theme, Bora sir finally said with a prominent cryptic tone in his voice as I can still recall, “Sao…prakitir uparotei aaji likhsoon”, ‘Well, why don’t you write on environment instead’. I can only partially remember what I wrote, nature being already close to my being as a child growing up between Guwahati and Shillong. But I was quite satisfied with whatever I wrote for the essay.

That day a teacher didn’t turn up for the last class for which Bora sir arrived as a substitute. With the view to keep the class busy sir started speaking on Lakshminath Bezbarua. However, before he kicked off the class with a lecture on the father of modern Assamese literature, he briefly shared his reflection on the essays we were asked to write, submitted earlier to the teacher towards the end of his routinely assigned class. Bora sir, somehow, particularly appreciated my piece, drawing insight into my writing style, with specific mention about the sentence construction in Assamese. Later that afternoon, after the last class was over, and as we, students, were in a hurry to dash towards the school playground, Bora sir caught hold of me at one end of the long school veranda already crowded by students, to lead me to a silent corner a little away. “Tok katha eta kou. Alop mon dibi…”, ‘I want to tell you something. Do pay attention’, sir said as his tall figure casually leaned against a coarse surfaced wall painted in dull grey.

Looking into my eyes Bora sir wanted to know, whether I had opted for Advanced Maths or History, the options available to students from Standard Eight. During those days in the early eighties, the prevalent trend among school students was to opt for the former subject more than the latter, a practice that I have always felt developed out of serious faults in our educational system, in a hurry to serve the production line of doctors and engineers for a nation building process.

The schools, therefore, served as the mechanical conveyor belts feeding a stifling system with what essentially stemmed out of faults in a system lacking a broad vision expected in building a truly progressive nation with equal emphasis on all streams of studies extending to the arts, literature, humanities besides. In an already evolving environment governed by priorities of career building becoming more imperative than education for knowledge, the so-called “good” students used to opt for the Advanced Maths as the preferred option, while those weak in mathematics and science, and therefore considered poor in studies, were seen settling for History.

Such prejudices and myopic views have been a crippling audacity of the education system which none questioned at the policy level. That afternoon, when I was still too young to understand the fault in our educational system, responded to Bora sir’s query about my preferred choice by answering, “History”. Sir shot back immediately with another question, “Why?”, to which I had a crisp reply, “Because I love the subject”. What I refrained from saying was also true, that I used to be extremely weak in mathematics, primarily because of a phobia towards the subject injected into my innocent mind by another teacher of the same school, considered to be of high esteem, which in my view he certainly was not. And, I am saying this today with my own twenty years of teaching experience including teaching in university. Teachers, therefore, can build a student, can also prove dangerously detrimental.

Coming back to Bora sir, after minutely listening my answer, the man nodded gently, suggesting that he seemed to agree with me and my choice of History as an academic option. “Etia khun…tor majot xahitya loi porhar pratibha aase. Alop bhabi sabi. Paribi”, ‘Now listen’, he said and added, ‘you have the knack to study literature. Think about it. You would be able to’. That last line kept ringing in me like a pleasing tune of a moving song, definitely one of the most encouraging moments from my entire school life. I went on to study in Cotton College, to finally graduate out of the premier institution in English literature, which further served me well in studying filmmaking at FTII, Pune.

With passing days I started understanding the reason behind the sarcasm in sir’s expression while doubting the ability of city-breads to write on what’s agonizingly inseperable from the reality of Assam, the changing impact of the floods for the folksmen of a land where a section of elites studying in English medium schools remain secluded from the society extending beyond confined circles, basking on unadmitted glory of class divisions, with pupils, ironically, unconcerned and distant from what ails million of others from the same state even when annually devastated.  Gradually, my eyes opened. Indeed, “idiots”  most of us were, as Hari Bora sir used to affectionately shout at us holding nothing personal.

Good bye sir. Bow to you while still being bonded by your affection and care. Today, following the news of your demise communicated by son Neel, your words, “Oi goru hot”, is resonating again after ages like a soul stirring tune of an old familiar song, while recalling you with no less fondness.

Hari Bora, a retired teacher of Don Bosco School in Guwahati died on July 21 at the age of 82.

Maulee Senapati is an independent filmmaker, a film academician who is an alumnus of Film and Television Institute of India