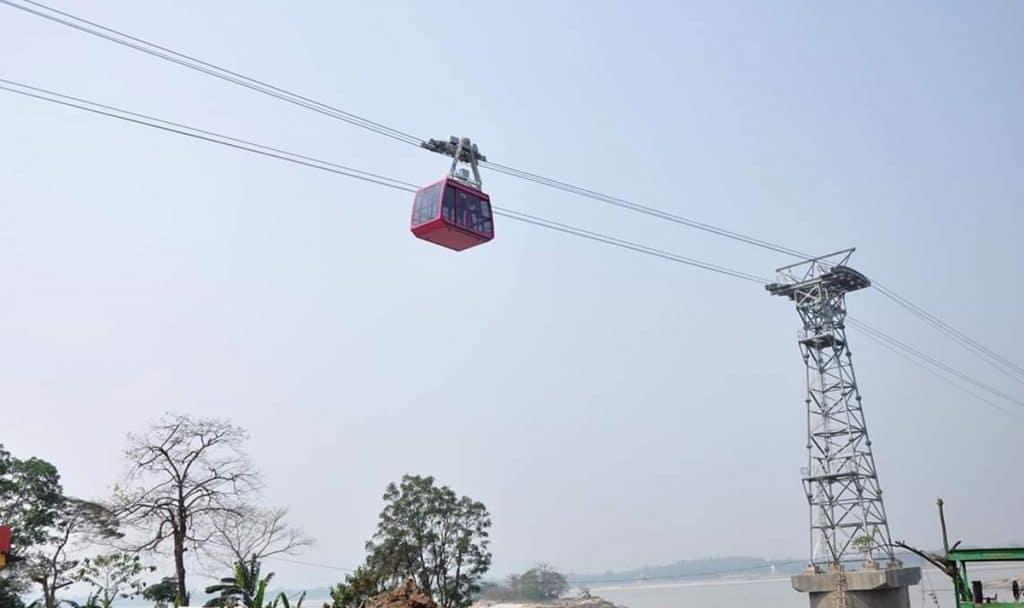 The much-delayed passenger ropeway service between the north and south banks of Brahmaputra river in Guwahati is set for inauguration on August 24.

The country’s longest river passenger ropeway, the construction of which began in 2009, will be made open for public by Assam Finance, Health and Family Welfare, PWD Minister Himanta Biswa Sarma and Guwahati Development Department Minister Siddhartha Bhattacharya on August 24.

The foundation stone of the project was laid on December 4, 2009.

Speaking to the media, Umananda Doley, CEO, Guwahati Metropolitan Development Authority (GMDA), which was assigned for the ambitious ropeway project, said: “The people who faced troubles travelling between the north and south banks will now feel relaxed as the ropeway will reduce the duration of their daily commute.”

“The problems faced by people increase exponentially during the monsoon, which brings with it difficulties like floods and a rise in the levels of Brahmaputra, rendering ferry services immobile and consequently forcing commuters to use road transportation which only exacerbates their troubles. But from Monday, they can opt for the ropeway which will provide faster communication.”

The ropeway users will also be able to witness the beautiful landscapes of Guwahati city, river Brahmaputra, and the Umananda Temple, he said adding that it will boost tourism.

Doley also said this is the longest river crossing ropeway in Asian subcontinent with advance rescue system. The trial run was completed successfully in November 2019.

“The rescue system — self driven carriage and cabin designed – were manufactured by Garavanta AG, Switzerland. A good number of CCTV cameras have been installed at the site for monitoring security and operational of the ropeway service,” he said.

The bi-cable jig-back ropeway, connecting the north and south banks of the Brahmaputra, was designed by Samir Damodar Ropeways Pvt. Ltd — a joint venture company floated by Damodar Ropeways and GL Construction — at a cost of Rs 56.08 crore.