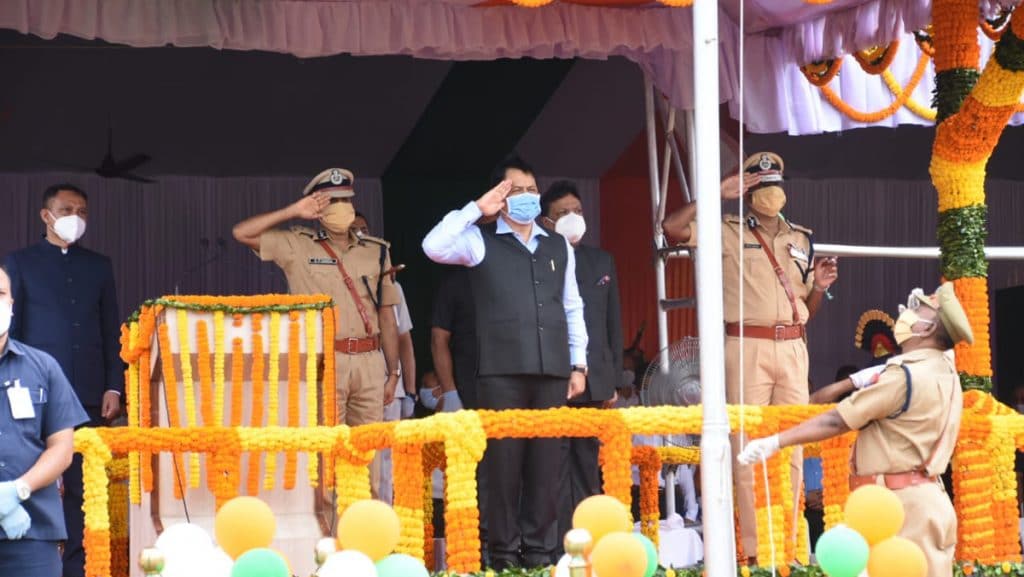 Putting thrust on development of the state through agriculture and allied sectors, Assam Chief Minister Sarbananda Sonowal on August 15 announced a series of schemes in these sectors, while also reiterating the government’s commitment to implement Clause 6 of Assam Accord, which proposes constitutional safeguards to Assamese people.

Addressing the Independence Day celebration at Judges Field in Guwahati after unfurling the Tricolour, Sonowal announced 11 schemes for the agriculture sector, underlining that the state government was working towards an ‘Aatmanirbhar Assam’ through development of agriculture.

He lauded the efforts of the farmers and others associated with the agriculture and allied sectors during the lockdown period, highlighting that produce from the state was sent not only outside the state but to overseas destination like Dubai as well.

Among the schemes announced was formation of ‘rice cluster’ comprising Dhemaji and Baksa districts, ensuring MSP for paddy through government procurement, cold storage in all districts, government subsidy for setting up paddy processing mills and distribution of mini-trucks to enable farmers to bring their produce easily to the markets.

Sonowal also announced the establishment of a ‘Centre of Excellence for Organic Agriculture’ at Biswanath district.

He praised the efforts of COVID-19 frontline warriors, including health workers and doctors, police and other security personnel, and media persons, for their role in helping the state prepare itself to handle the pandemic.

On implementation of Clause 6 committee report, Sonowal said the ongoing pandemic has slowed down things, but he reiterated the central as well as state government’s commitment to implement Clause 6 of Assam Accord, which provides for constitutional safeguards of political, cultural, linguistic, and other rights of Assamese people.

He also affirmed that work on framing modalities for granting Scheduled Tribe status to six communities of the state was on, though the pandemic has slowed it at the moment.