KHADC adopts resolution in favour of ILP in Meghalaya 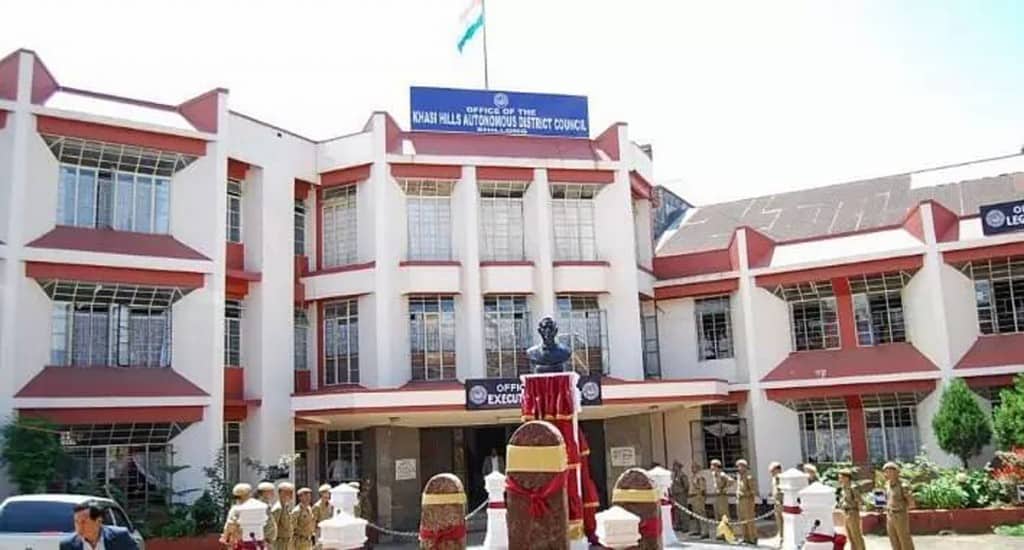 The Khasi Hills Autonomous District Council (KHADC) in Meghalaya on October 27 adopted two resolutions urging both the government at the centre and the Meghalaya government to implement the Inner Line Permit (ILP) and the Meghalaya Residents Safety and Security Act (MRSSA) to check the unabated influx of illegal immigrants.

Tabling the resolution on the first day of the council’s autumn session, KHADC chief executive member Titosstarwell Chyne informed the council that it is almost a year after the Meghalaya government had passed the ILP resolution yet the central government has not accepted this proposal despite Union home minister Amit Shah had assured the government delegation to take up the issue after Christmas celebration last year.

“One Christmas has gone now another will come, yet the resolution is yet to be accepted by the government of India,” Chyne said.

“This house urge the Government of India to approve for implementation of the Bengal Eastern Frontier Regulation (BEFR), 1873 (commonly known as ILP) in the state of Meghalaya as resolved by the Meghalaya Legislative Assembly on December 19, 2019,” the resolution noted.

The KHADC chief executive member said the BEFR, 1873 being one of the regulations included in the United Khasi-Jaintia Hills District (Application of Laws) Regulation, 1952 and that the KHADC had earlier passed a resolution urging the Governor to apply the provisions of the BEFR, 1873 as adopted.

Meanwhile, the KHADC also passed resolutions urging the state government to fully implement the MRSSA, 2016 and MRSS Rules, 2017 and the governor to give his assent to the MRSS (Amendment) Bill, 2020 to ensure safety and security to the citizen and also regulate the influx of immigrants into the state.

The MRSS (Amendment) Bill, 2020 was passed by the Meghalaya assembly on March 19 and is pending for assent by the governor.

Fresh lockdown in Aizawl to control spread of COVID-19