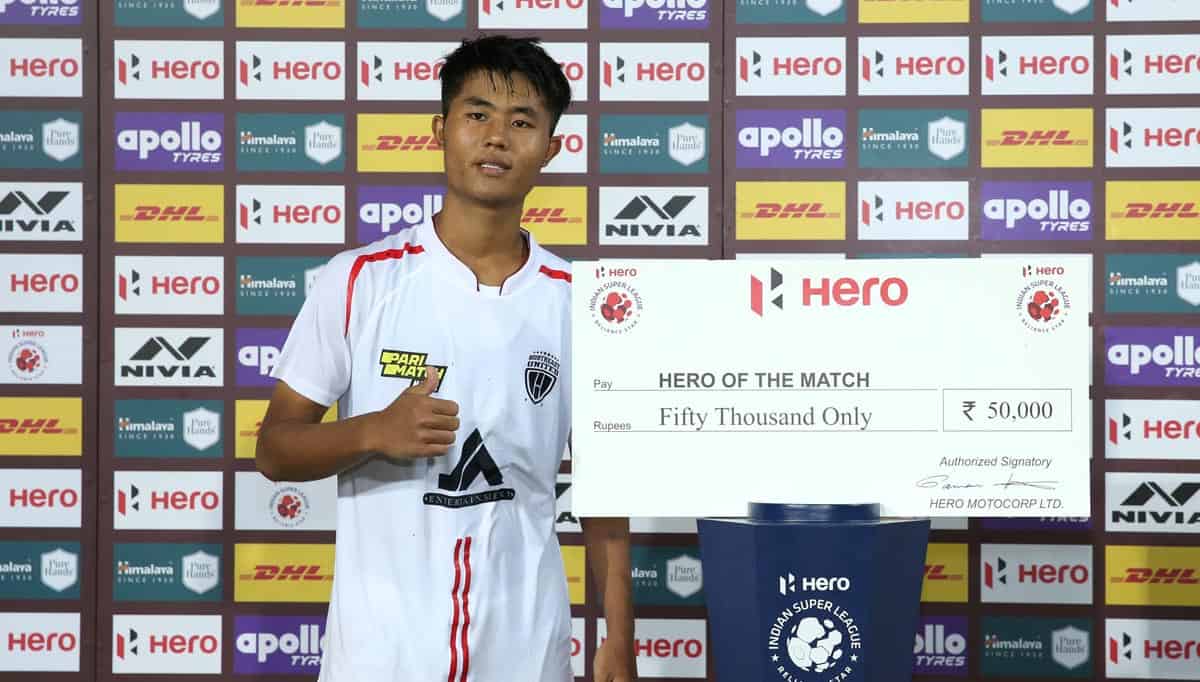 Twenty-year-old Lalengmawia of NorthEast United FC (NEUFC) becomes the youngest ever to captain an Indian Super League (ISL) match when the midfielder put the armband in their match against FC Goa on November 30.

Though the match ended 1-1 draw, the youngster has been able to get the applause from the head coach Gerard Nus. The youngster seemed unfazed by the added responsibility and put up a ‘Hero of the Match’ display.

Nus admitted that handing him the captain’s armband was a sign of the trust that he has in Lalengmawia.

“It is amazing to have one of the most talented Indian players with us. He has been part of the U-19 national team for India and I am sure he will be in the first team sooner or later. Giving him the captaincy shows that he has my full trust,” Nus said after the match.

Born in Mizoram, Lalengmawia started playing football from the age of six and rose through the ranks rapidly.

In 2017, he became the only player from his state to make it into India’s historic squad for the FIFA U-17 World Cup. Lalengmawia is a natural central midfielder, who is also capable of playing a more attacking role and as a left winger.

He made 11 appearances for Indian Arrows in I-League 2018-19 and also scored a goal. The ISL 2019-20 season saw him turn up in the NorthEast United FC jersey, and he established himself as a starter instantly, commanding a strong passing accuracy of 80.45 percent in 10 matches.

Nus satisfied with the work

The Spaniard was content with the work rate shown by his players to keep Goa’s attackers at bay. “I am satisfied with the work rate of my team. We wanted to win and we came here with that mentality. But at the same time, we knew that we were facing a team that topped the league table last season. It was a big test, and I am grateful with what I have seen from my players,” Nus said.

Nus made several changes to his team ahead of the match with the likes of Provat Lakra, Idrissa Sylla and Britto PM getting their first starts for the Highlanders this season. And NEUFC head coach was happy with the performance of these players, especially full-back Lakra.

“It was not a risk at all because Lakra is a player with huge experience. I am happy with what I saw from him in the training sessions. This is one player I am lucky to have in the squad and that is why he played in the game. We saw some new players in action, which is very positive. It was not just 11 players who made the squad… I am pleased to see my players performing well,” Nus said.