The All India United Democratic Front (AIUDF) on March 7 released its list of 16 candidates for the Assam assembly elections.

The first list 16 names with five of them being friendly contests. Badruddin Ajmal-led AIUDF has joined the Congress-led grand alliance (mahagathbandhan) in Assam. The Congress will also field its candidates in the five seats.

Besides Ajmal’s party, the Congress-led alliance comprises CPI, CPI (M), CPI (ML), Anchalik Gana Morcha and Bodoland People’s Front (BPF). The BPF was a constituent of the NDA. But it quit the alliance and sided with the opposition front.

Ajmal had earlier said that he is ready to sacrifice some seats in order to strengthen the anti-BJP alliance. 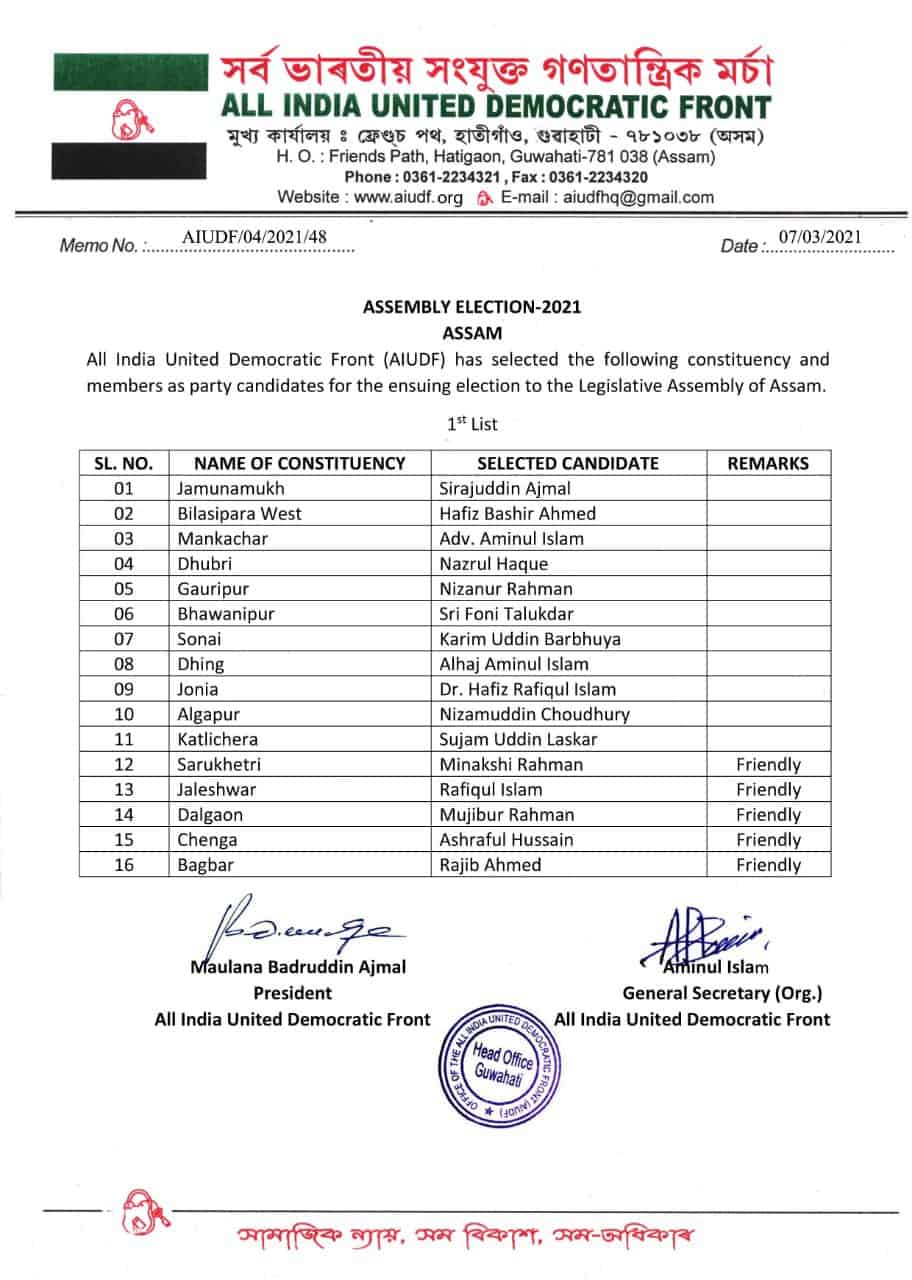