Congress party on March 6 released a list of 40 candidates for the first phase of the Assam assembly elections.

While Bora is contesting from the Gohpur seat, Hussain will try his luck from the Samaguri assembly constituency.

Congress legislature party leader Debabrata Saikia will be contesting from the Nazira constituency.

The party has fielded Subhramitra Gogoi in Sivasagar against Akhil Gogoi of Raijor Dal. The BJP has named Surabhi Rajkonwar as its candidate for the Sivasagar seat.

The party has not yet named the candidate for Titabor constituency, which was held by former CM Tarun Gogoi since 2001.

The list finds no mention for the candidates who would contest from the Barak Valley. 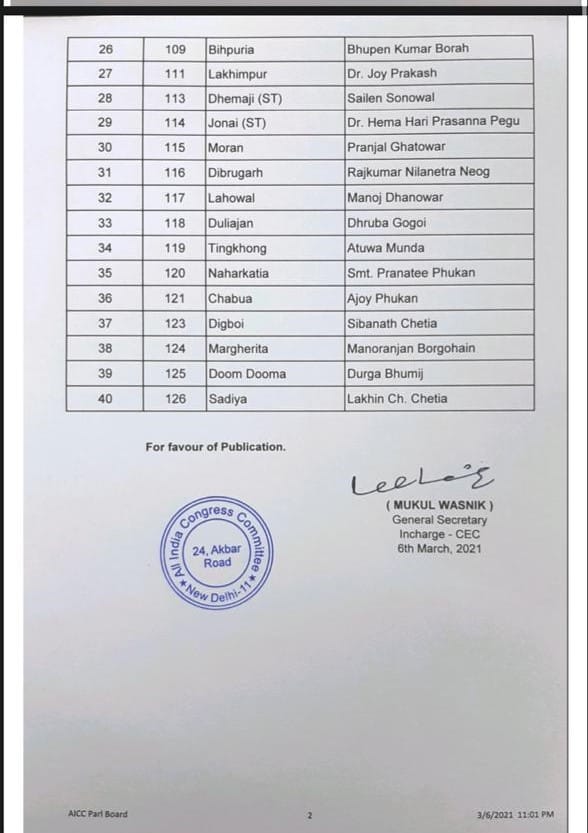