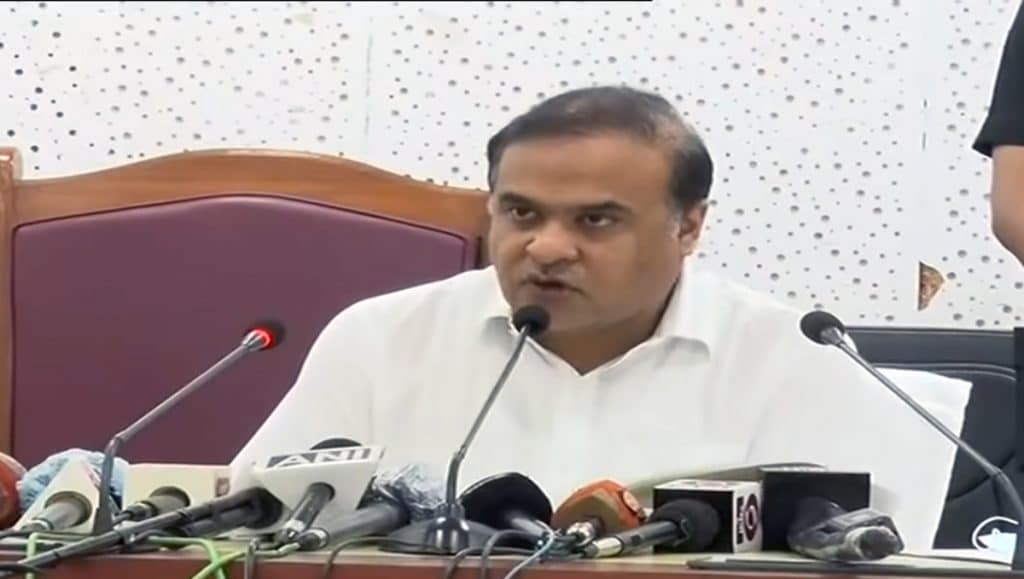 The Election Commission (EC), in a fresh order on April 3, gave relief to BJP leader Himanta Biswa Sarma by reducing his ban from campaigning to 24 hours.

The commission’s order came following Sarma’s request to the poll body, mentioning “accept my sincere regret and assurance of abiding MCC (Model Code of Conduct) in future, and be further pleased to reduce the period of debarment from election campaign from 48 hours to 24 hours”.

Sarma had also pleaded on the ground that he is himself a candidate in the constituency which is scheduled for poll on April 6. The BJP leader is contesting from Jalukbari assembly constituency.

“The commission, having considered your unconditional apology and assurance, has decided to modify its order dated April 2, 2021 and reduce the period of debarment from the election campaign from 48 hours to 24 hours to the effect that permission may be granted for holding any public meetings, public processions, public rallies, road shows, etc., by the concerned district administration authorities, where you (Himanta Biswa Sarma) are expected or likely to participate,” the Election Commission said.

“You are directed to ensure compliance of the commissioner’s directions,” the revised order added.

The poll panel on April 2 had barred Sarma from campaigning for 48 hours on charges of threatening opposition leader Hagrama Mohilary of the Bodoland People’s Front.

Soon after the Election Commission’s revised order, the Congress slammed the poll panel describing it as a dark day in parliamentary democracy. The party said that the poll body does not have the guts to sustain its own order.

In a series of tweets, Congress national media in-charge Randeep Singh Surjewala said: “A dark day for Parliamentary democracy. Election Commission doesn’t even have the guts to sustain its own order. Deplorable that EC buckles under (Narendra) Modi government’s pressure and reverses its own order of ban on Himanta Biswa Sarma. History will neither pardon EC nor BJP for this sin.”

Firing salvos at the poll panel, Surjewala said: “Will ECI tell – Was this somersault taken suo moto or on a fresh plea by BJP/Himanta Biswa Sarma? If yes, why did EC then not call upon the complainant – BPF and Congress? If no, why this vexatious change of heart? Does it now give a license to issue threat with impunity?”

Congress spokesperson Jaiveer Shergill in a tweet also slammed the poll body and said: “By relaxing the ban on Himanta Biswa Sarma, Election Commission itself has given the proof that they are involved in fixing the election for the BJP. EC must explain why sudden change of heart? Who in BJP called up to threaten them? EC shamelessly becoming BJP co-conspirator in hijacking democracy.”