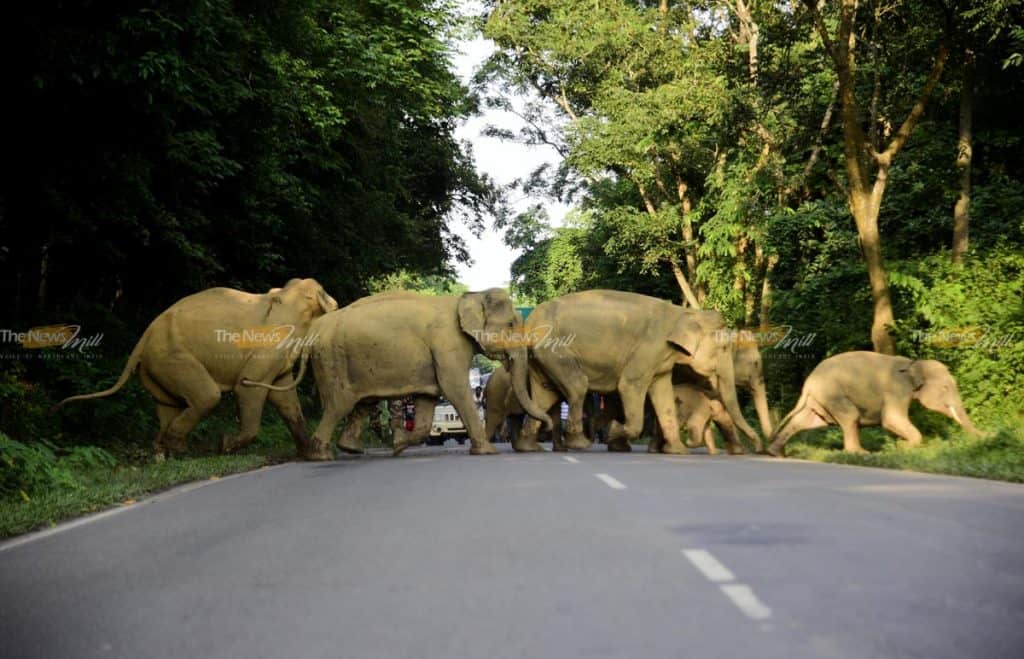 The Assam government has decided to create nine elephant corridors in eastern part of the state, one-and-a-half months after the death of 18 wild elephants in Nagaon district after being allegedly struck by a “massive lightning bolt”, officials said on June 24.

An official said that at a high-level meeting, attended by three ministers and several top officials, it was decided to create nine elephant corridors for Kaziranga National Park and Tiger Reserve (KNP & TR).

The meeting, held at Dispur on June 23, decided to constitute a committee to make an on-the-spot verification of the areas for delineation of nine animal corridors in the UNESCO world heritage site – KNP & TR.

“The committee after making assessment will place its interim report after 15 days and the final report within another fortnight. The meeting discussed threadbare about the proposed nine identified elephant corridors as well as creation of eco sensitive zones in KNP & TR to provide safe passage to the pachyderms and to ward off man-elephant conflicts,” the official said.

“The new additional areas of the park together with reserved forests will come under a single integrated entity,” the official added.

An official statement said that the Supreme Court acting on an application by animal activist Rohit Choudhury, in April, 2019, had “restrained” all mining activities along the southern boundary of KNP & TR and in the entire catchment area of rivers and streams and rivulets originating in Karbi Anglong hill ranges and flowing into the park.

“No new construction shall be permitted on private lands which form part of the nine identified animal corridors,” the apex court order stated. The statement said that the environment and forest department had submitted an affidavit to the Supreme Court on the nine identified elephant corridors with geo coordinates.

The Supreme Court had asked the department to issue notification of the identified corridors.

At least 18 wild elephants, including calves, died on May 12 night in the mountainous Kandali Proposed Reserve Forest (PRF) in Nagaon district of central Assam after being allegedly struck by a “massive lightning bolt”.

Chief wildlife warden MK Yadava said that such cases are often reported of lightning striking animals and five elephants had died due to this in West Bengal recently, but the May 12 incident in Nagaon is huge, shocking and terrible.

According to the latest census, India is home to 27,312 elephants and of them, Assam is home to an estimated 5,719, many of whom constantly come out of the forests in search of food.