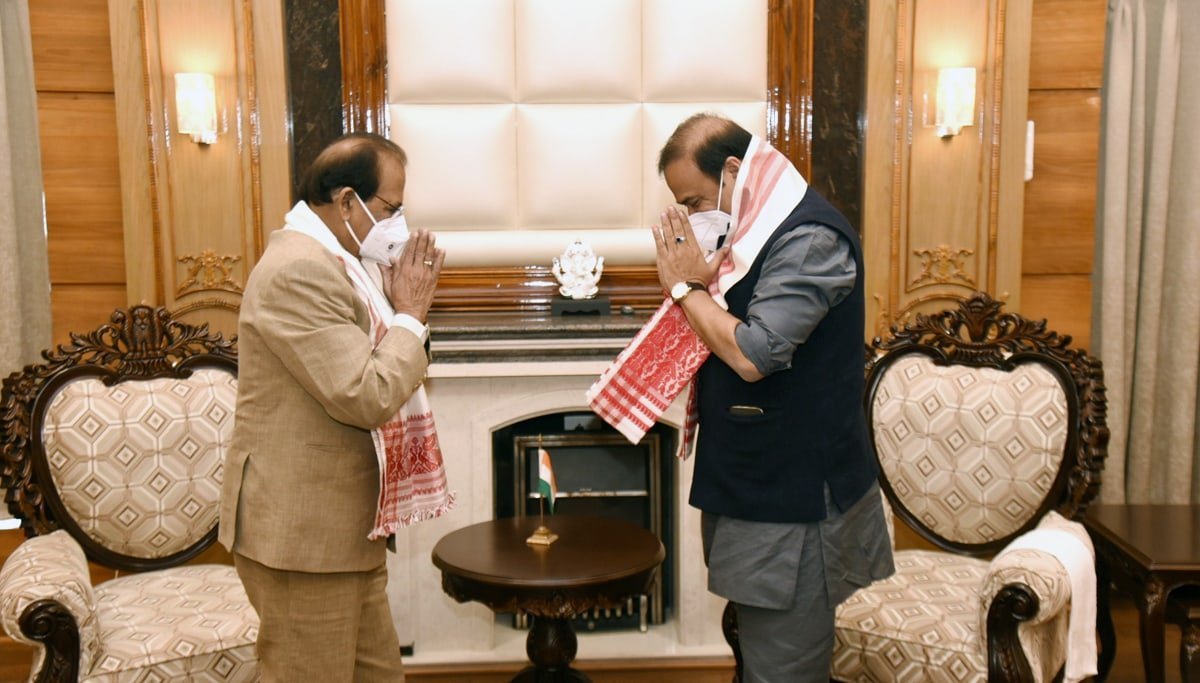 Assam chief minister Himanta Biswa Sarma on January 28 called on governor Jagdish Mukhi at Raj Bhavan in Guwahati and apprised him of the prevailing situation in the state.

A Raj Bhavan release said Sarma also updated the governor regarding several issues about the welfare and development of the state.

He also informed Mukhi about the progress of implementation of important schemes and projects of the central and state governments.

Today I called on Hon Governor of Assam, Prof @jagdishmukhi at Raj Bhawan & apprised him about various issues concerning the State.

The governor and the chief minister also discussed the forthcoming budget session of the Assam assembly, which the governor has summoned from March 14, the release added.

CM,@himantabiswa paid a courtesy visit at Raj Bhavan today. He apprised me of various issues pertaining to the development of the State. We also discussed about the forth coming budget session of Assam Legislative Assembly which I have summoned from 14th March 2022 onwards. pic.twitter.com/070lP0HIjU

The two leaders also discussed about the level of implementation of various state and central government projects in the state.