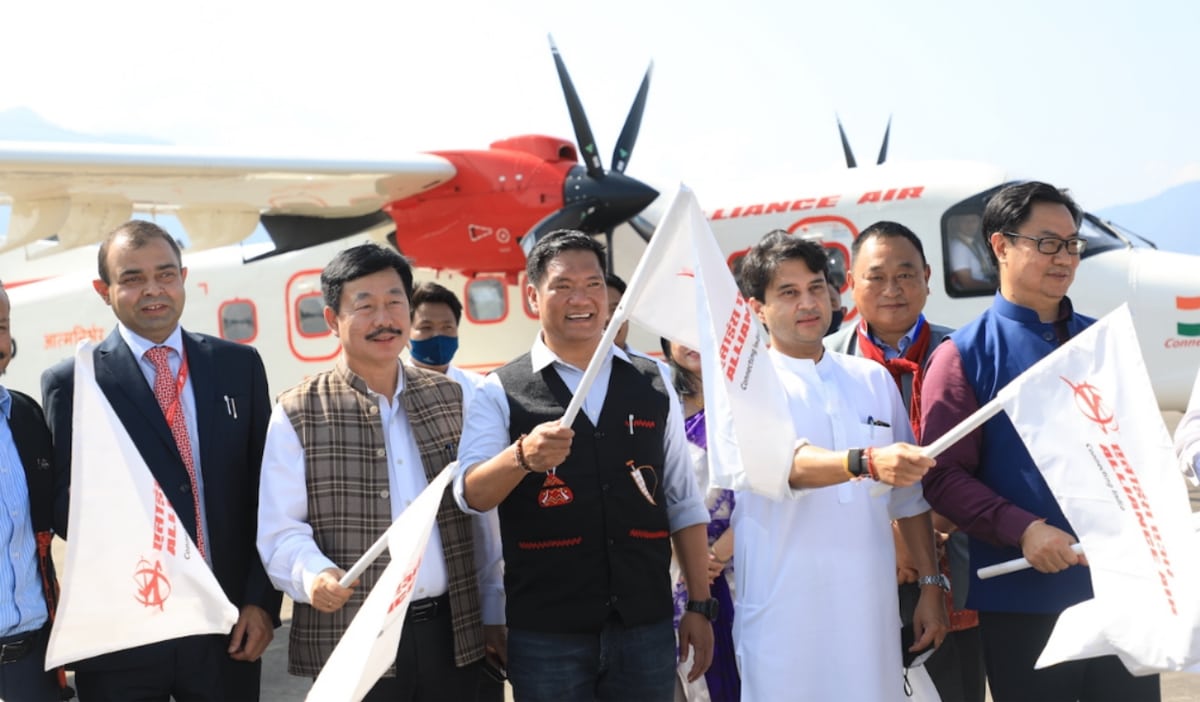 India’s first indigenously made Dornier type civil aircraft was pressed into service in the Northeast with civil aviation minister Jyotiraditya Scindia on April 12 flagging off the maiden flight from Assam’s Dibrugarh to Arunachal Pradesh’s Pasighat.

The officials of the Airport Authority of India said that the Dornier type aircraft of Alliance Air made by Hindustan Aeronautics Limited began its commercial passenger services connecting Arunachal Pradesh with Assam starting April 12.

The state-owned HAL has been manufacturing Dornier aircraft after transfer of technology from the German firm that owned it, but made-in-India aircraft were not used for civil aviation until now.

The 17-seater aircraft is capable of both day and night operations and will connect tier 2 and 3 towns in the region.

First Ever "Made In India" 17-seater Civil Dornier Aircraft lands at Pasighat in Eastern Arunachal.

A proud moment and historic occasion that will boost air connectivity in NE under UDAN. @PMOIndia @narendramodi @JM_Scindia pic.twitter.com/Tsi6PWU1rw

The Dornier aircraft would operate on the Dibrugarh-Pasighat-Lilabari-Guwahati route twice a week beginning April 18.

During the event, Scindia was accompanied by Arunachal Pradesh chief minister Pema Khandu, Union law and justice minister Kiren Rijiju along with other dignitaries.

Speaking at the event, Scindia said that the new fixed-wing passenger services would be operated by Alliance Air. Under a tri-partite agreement, HAL has developed two Dornier 228 aircrafts especially for operations by Alliance Air in Arunachal Pradesh, he said.

The civil aviation minister said the Dornier 228 flights will start operating to and from Tezu in Lohit district of Arunachal Pradesh within the next 3 weeks and in the next 30 days Ziro in Lower Subansiri district would also be connected.

“Expanding civil aviation is not only a facet of improved connectivity but it is Athe engine of economic development for the region. Where there is an airport with regular flight services, it is ensured that the place will develop economically,” Scindia said.

He assured that the government of under the leadership of prime minister Narendra Modi is committed to develop the northeast at par with the rest of the country, with civil aviation being one of the important sectors.