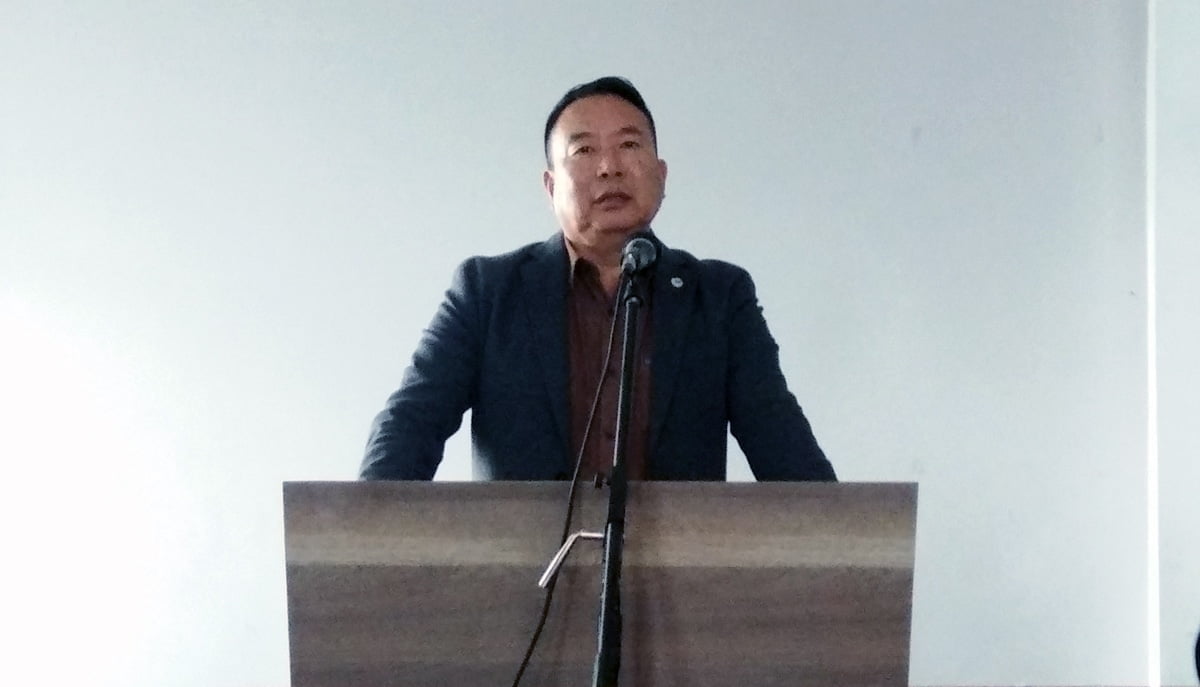 After 21 MLAs of the Naga People’s Front (NPF) defected to NDPP three days ago, Kuzholuzo Nienu (Azo) took charge as the leader of the legislature wing of the NPF in Nagaland on May 3.

Soon after taking the charge of his new post, Nienu said that the NPF is not adverse to any political parties or leaders and asserted that the party will carry forward the aspiration and voice of the Naga people.

He then called upon the party to “seek and take God first and carry forward the party”.

Kuzholuzo Nienu then stressed the need that, it is a time to humble “ourselves” and called upon the party workers to be united and work together.

While dwelling upon the 21 NPF MLAs’ defection, Kuzholuzo Nienu stated that it was indeed a shocking but, at the meantime, it was not a new programme for them to shift their loyalty.

“We did not know the timing of their defection but it was on the expected line,” he added.

However, he expressed his optimism that with the remaining four NPF MLAs and the party leaders and workers, the party will make many new changes and reach to greater heights. He also called for fresh ideas and new thoughts for the upliftment of the party and asserted that under his leadership, he will give his best for the service of the people and the party.

Meanwhile, newly-appointed chief whip of the NPF, Nganshi K Ao termed the recent development of the defection as ‘blessing in disguise’ for the party and said that with the “clean house”, the NPF will start afresh for a better politics and do justice for the people of Nagaland.

“Politics is clean, yet, we play politics dirty,” he said adding that the party should be careful while allotting the party tickets for the election.