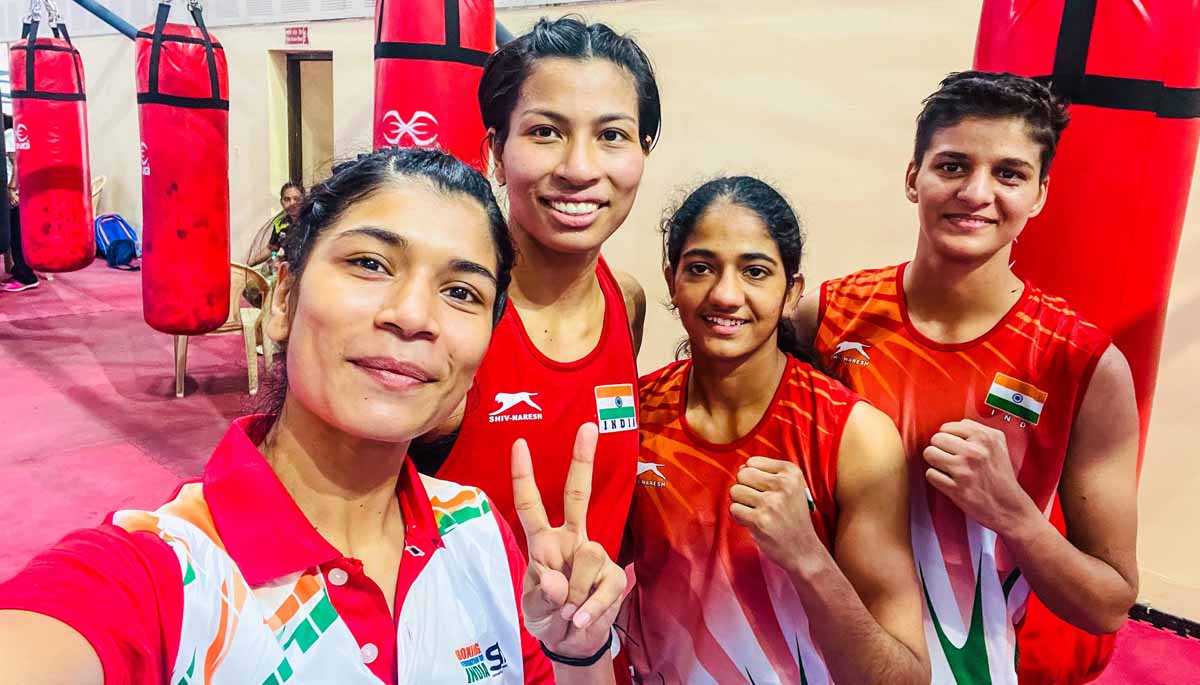 (From L) Nikhat Zareen, Lovlina Borgohain, Nitu and Jaismine pose after securing place in the Indian team for the 2022 Commonwealth Games | BFI

Tokyo Olympics bronze medallist Lovlina Borgohain and reigning world champion Nikhat Zareen lived up to the expectations and booked their places in the Indian boxing contingent for the 2022 commonwealth games by registering comprehensive victories on the final day of the trials on June 11.

Producing dominating performances, Lovlina and Nikhat notched up identical 7-0 wins in their respective categories. While Lovlina defeated Pooja in the 70kg, Nikhat outclassed Minakshi in the 50kg category.

In a thrilling first bout of the day, Nitu secured an impressive come-from-behind 5-2 win against the 2019 World Championships silver medallist Manju Rani. Despite losing the first round, Nitu fought back well in a contest that saw both the boxers giving hard time to each other.

Meanwhile, Jaismine also faced a tough challenge from the 2022 World Championships bronze medallist Parveen in the lightweight final before she managed to win by 6-1 margin.

Based on the results of the trials, the Boxing Federation of India has selected a 12-member Indian boxing contingent, including eight male boxers, for the upcoming Birmingham games, scheduled from July 28 to August 8.