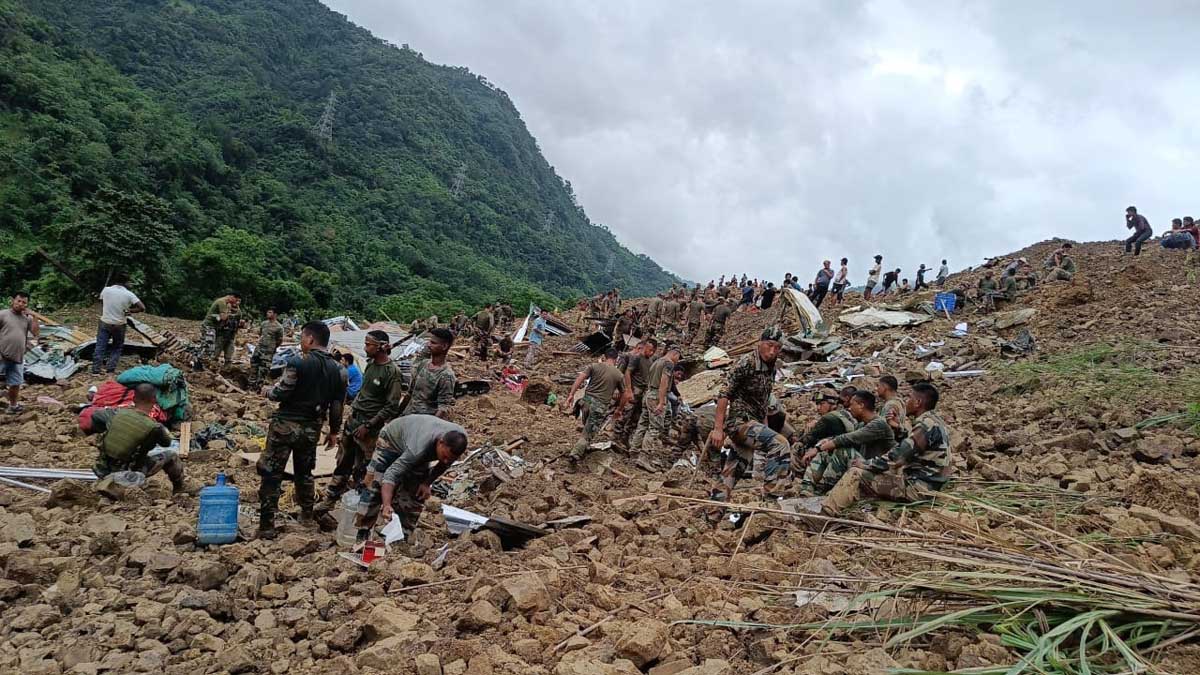 Manipur’s landslide death toll has risen to 49 with one more body recovered on July 7, the eighth day of the search and rescue operation, officials said.

The search and rescue operation will continue as 12 persons are still missing due to the tragic June 30 massive landslide, the Noney district deputy commissioner said in the latest status update of the operation.

The update said that the body of one of the missing persons, later identified to be that of a villager, was recovered on July 7. However, the identity of the body is yet to be officially confirmed, it added.

Of the victims of the massive landslide that hit Tupul railway line construction site in Manipur on June 30, so far 49 bodies were recovered, 18 rescued alive and 12 still missing.

Of the 49 deceased, 29 were personnel of the Territorial Army camped at the site to protect the railway staff and workers, 11 from VSC, two from railways, three from BIPL, one from NIPL, one each of villager, civil driver of TA and civil cook of BIPL.