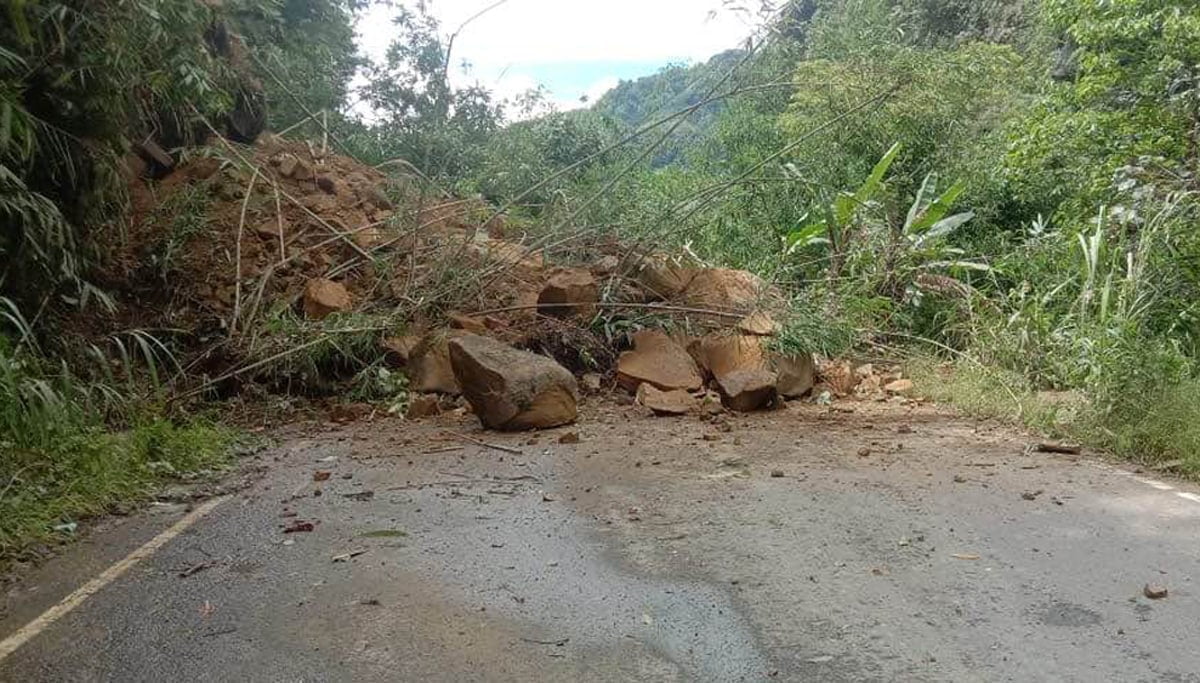 One of the multiple landslides along NH-37 | Social media photo

Days after the devastating landslide that claimed many lives, multiple landslides including a massive one, have blocked NH-37 (Imphal-Jiribam road) on July 3.

No casualty was reported in the latest landslides which occurred at Nungdolan, Nungkao and Sibilong areas along the stretch of the highway in Tamenglong district, triggered by continuous heavy downpour, official reports said.

Owing to the landslides, a large number of vehicles including passenger service vehicles stranded midways, the reports said.

The reports further said that the landslides occurred early in the morning, bringing down huge rocks that blocked the highway.

While informing the multiple landslides that blocked the highway, Manipur chief minister N Biren Singh asked people to take care and avoid the highway for the time being.

Due to continuous heavy downpour and landslides NH-37 has multiple road blockades at Nungdolan, Nungkao and Sibilong, the Manipur chief minister posted on social media.

“Concerned authorities have been informed to clear the road,” Singh added.