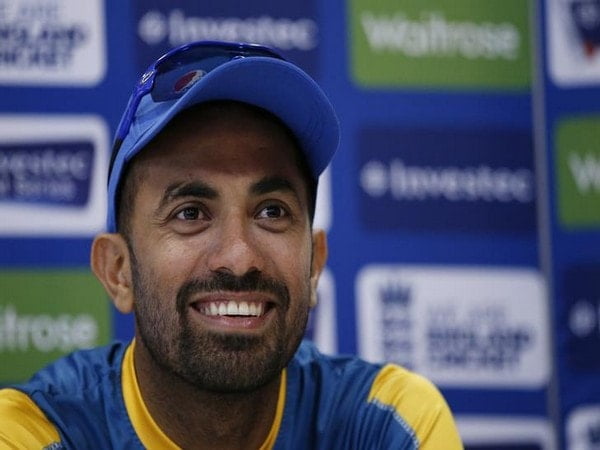 Abu Dhabi [UAE], September 28 (ANI): The New York Strikers have assembled a strong squad at the Player Draft for the sixth edition of the Abu Dhabi T10. The Sagar Khanna-owned franchise had 13 out of the 17 player slots to fill going into the Player Draft.

The New York strikers had already confirmed the signings of Yuvraj Singh as Mentor and Carl Crowe as Coach. Yuvraj, who participated in the Abu Dhabi T10 in 2019, will be looking to bring his explosive batting expertise to the team. Carl Crowe was the coach of the Champions of the Abu Dhabi T10 in the 2021 edition, Deccan Gladiators, and has coached a whole host of cricket franchises all over the globe including Kolkata Knight Riders in the IPL.

Even before the Player Draft began, The New York Strikers had already filled four out of a possible total of seventeen player slots. Keiron Pollard was signed as the Icon Player as a pre-draft addition. The former captain of the England national team and highly experienced English batsman Eoin Morgan, fiery young wicketkeeper/batsman Azam Khan from Pakistan and the explosive Irish batsman Paul Stirling were signed on before the Player Draft alongside Pollard.

The New York Strikers also drafted in the experienced Pakistani pacer Wahab Riaz, who is a specialist short-format bowler, who will spearhead the franchisee’s pace attack at the tournament.

The Strikers drafted Jordan Thompson, who is a combative bowling all-rounder from England. Thompson rose to prominence in the shorter formats of cricket after he crunched a 26-ball fifty against Derbyshire in the Blast T20 league in England back in 2019 for Yorkshire.

Izhar-Ul-Haq Naveed was drafted by The New York Strikers also. The 18-year-old leg break bowler from Afghanistan who is yet to make his senior debut for his national side. He would be looking to showcase his quality as a stellar display at the Abu Dhabi T10 will boost his chances of breaking into the Afghanistan senior team ahead of the T20 World Cup later this year.
Tom Hartley was drafted by The New Yorker strikers as the Emerging Talent. The 23-year-old Slow left-arm orthodox bowler’s two main assets of height and accuracy will come in handy in the game’s shortest format.
The New Yorker Strikers moved swiftly to pick up the three UAE Nationals. They drafted Muhammad Waseem the opening batsman for the UAE national team, Nav Pabreja who has well established right-arm medium-pace bowler and Muhammad Farooq is a capable right-handed all-rounder very capable to contribute with the bat and the ball.
Akeel Hosein and Ravi Rampaul were snapped up as the optional picks by The New York Strikers to add to the Caribbean flair already in the team. Akeel Hosein, who in the last few years has become one of the most dynamic left arm orthodox slow bowlers for his stellar displays for West Indies on the international stage. Ravi Rampaul on the other hand is one of the most recognizable cricketers from Trinidad, the right arm fast medium pace bowler has had a storied career in cricket.
Carl Crowe, the coach of The New York Strikers spoke about the squad with delight, as he said, “Adapting to the game situations, a formidable team has been formed for our debut season, In the squad, we have the right mix of experience and youth. I can’t wait to help them all gel so they can play to their full potential as individuals and form a cohesive unit on the ground”
Team Owner of the New York Strikers, Sagar Khanna also spoke about the squad he assembled with jubilation as he said, “We are confident that the leadership of Yuvraj Singh and Carl Crowe would provide the right impetus for the team’s success. This is the first season for The New York Strikers in the Abu Dhabi T10 and we are here to win, that is what is expected from the players also. I want The New York Strikers to make an impression from the first game itself that highlights our highly competitive mentality.”
The Abu Dhabi T10 will kick off on the 23rd of October 2022 and will run for 12 days till the 4th of November 2022. (ANI)

ALSO READ:  Nortje Will bring aggression, but looking forward to taking him down: David Miller

Over 2 lakh people affected by natural disasters in Afghanistan: Report