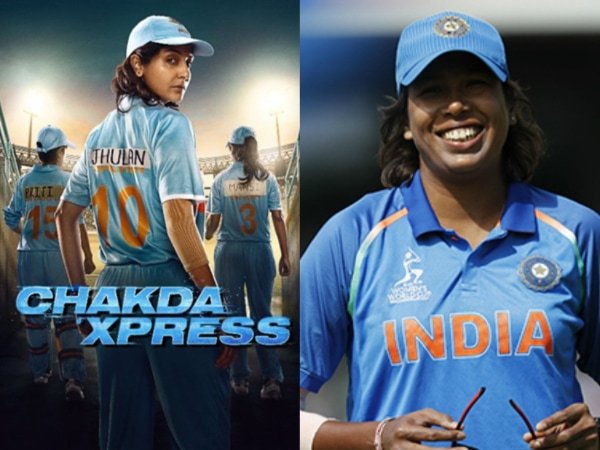 Mumbai (Maharashtra) [India], September 24 (ANI): Indian cricketer Jhulan Goswami announced retirement from the game following which Anushka Sharma, who will soon be seen portraying her on big screen in the upcoming film ‘Chakda Express’, has written a special message for her.
Anushka took to Instagram to post a bunch of Jhulan’s photos and wrote, “An inspiration. A role-model. A legend. Your name will be etched in history forever. Thank you @jhulangoswami, for being a game changer in Indian Women’s Cricket.”

The veteran pacer Jhulan Goswami, who will be retiring from international cricket after the ODI series against England, on Friday said that after playing World Cups and not winning it will be her “only regret” in her stunning cricket career.

“I have played two World Cup finals but couldn’t win the trophy. That remains my only regret because you prepare for World Cup for four years. There is a lot of hard work. For every cricketer, it is a dream-come-true moment to win a World Cup,” Jhulan Goswami said in a virtual pre-match press conference.
Undoubtedly, Jhulan is one of the finest pacers India has ever produced. Jhulan will bid farewell to international cricket on Saturday as the Indian team will take on England in the final and third match of the three-match ODI series.
The legendary Indian fast bowler has represented the country in 12 Tests, 68 T20I and 203 ODIs. She has picked up 44 wickets in Tests, 253 wickets in Women’s ODI and 56 wickets in Women’s T20I.
During the ICC Women’s World Cup 2022, Goswami equalled the record for most wickets in the history of the tournament when she picked up her 39th wicket. The veteran pacer made her international debut in 2005 and since then, she has represented India in five World Cups. She has represented India ICC Women’s World Cup in 2005, 2009, 2013, 2017 and 2022.
Talking about Anushka’s film ‘Chakda Express’, the film will stream exclusively on Netflix. The final release date of the film is still awaited. (ANI)

Indian adaptation of popular Spanish series ‘Elite’ to be out on Netflix soon; more deets inside

No “no phones policy” at Richa Chadha-Ali Fazal wedding ceremony